North American wine usually brings to mind images of a sun-soaked Californian countryside, the plump purple grapes of Napa populating the rows of the seemingly endless rolling hills against mountains in the backdrop.

While California does churn out some of the most respectable, sought-after wines of the country, there are smaller, more unassuming regions across North America that are home to wineries starting to pop up on the charts of the wine world’s who’s who lists, and quietly becoming the staples of sommelier top picks over the better-known Californian.

Forge Cellars produces small-batch, artisanal wines by an equally small, devoted team of winemakers and growers that harvest and sort by hand in the Upstate region

One such region’s winery is Forge Cellars, out of Burdett, New York. Forge Cellars produces small-batch, artisanal wines by an equally small, devoted team of winemakers and growers that harvest and sort by hand in the Upstate New York region.

The Faces of Forge

Forge Cellars’ success against the grain is no doubt attributed to its holistic, nuanced understanding from grape to bottling and a fearlessness to pursue less than conventional means of winemaking. There are three main visionaries behind this meticulously produced wine: French winemaker-grower Louis Barruol of Chateau de St. Cosme; Rick Raney, the vineyard general manager; and fellow winemaker Justin Boyette.

Louis Barruol is from a French family with 14 generations of winemakers from the Southern Rhone Valley. With Louis Barruol’s concerted efforts over his tenure at Château de St. Cosme, the vineyard has become one of the most fundamental wines in Gigondas. Even with Barruol’s success, he was looking for a new challenge. Seeing great potential in the Upstate New York region, Barruol focused his winemaking and growing in this new, unrecognized environment.

Four years ago, Forge Cellars broke out with a new form of winemaking in the United States,  one that was highly speculative, and critically speculated by the other winemakers of the country. Unlike most Riesling aging in North America, which uses steel or another less porous material, Forge decided to age theirs entirely in old oak; that is, an aging practice more well-known for your spectrum of deep reds, and the larger, fuller body of Chardonnay.

In 2011, Forge Cellars broke out with a new form of Riesling aging never before seen in the United States

Despite the criticism and controversy over the practice in the industry, Barruol had faith—that is, oak-aging Riesling has been rather standard practice in Europe, mostly concentrated in Germany, and simply a practice less known in the States. This doesn’t, however, mean that this creates a different “hybrid” line of Rieslings or one that is oaky and heavy, reaching into Chardonnay territory. With a careful aging process, older oak selection, meticulous grape growing and harvesting, and a mastery of the winemaking process from planting, up and through—as Forge Cellars has certainly proven it has—the Riesling comes out just as light and just as fruity as any other in a steel barrel. And in addition to achieving the normal Riesling qualities, the wine is able to pull a little bit more inspiration from the old oak with some more complex dimensions that steel simply can’t provide, along with achieving a longer mouthfeel that is difficult to attain with such an acidic wine.

And, just this past year, Forge Cellars was able to prove its oak-aged Riesling was not only palatable but so good as to be award-worthy. In Wine Spectator’s Top 100 Wines of 2017 list, which considers wines not only across North America but all wines across the globe, Forge Cellar’s 2015 Dry Riesling Classique came in at an incredible number 31.

In Wine Spectator’s Top 100 Wines of 2017 list, which considers wines not only across North America but all wines across the globe, Forge Cellar’s 2015 Dry Riesling Classique came in at an impressive number 31

The grapes of Forge Cellars are hand-harvested from many separate plots of wineries in Upstate New York, focused around the greater Finger Lakes region of the state. Forge works with each of the growers to make sure that the trickier, colder-climate fruit is carefully tended to through maturation to maximize usable crop.

And, In line with Forge Cellar’s careful small-batch production, the winery also focuses solely on two types of wine ideal to the particular land composition and climate: the driest of Rieslings and unfiltered, unfined, cold-climate Pinot Noir. Because of the attention to detail paid to each barrel and each individual parcel of grape-growing land, Forge is able to come out with many renditions on these base types, and currently offers three different bottlings: Classique, Les Allies, and Single Vineyards.

The most fundamental of the Forge Cellars wines, the Classique line best exemplifies the brand with is unique East Seneca Lake region’s terrior and is the first of the year to be made. These are the purest expressions of the cold-climate, Upstate New York conditions.

The Les Allies offerings are made with indigenous yeast fermentations, facilitating a much slower aging process that unravels the wine into a late-summer bottling.

The ultimate “small-batch” creation, the Les Allies are aged in several hundreds of individual barrels, which are French barriques from 15 different vineyards of unique personality. Each barrel is tasted and evaluated along the way, and only the most stand-out barrels are those that are officially selected by creator consensus to make the Les Allies line, which includes both the Riesling and Pinot Noir.

A truly unique offering by Forge Cellars is its single-vineyard experimental bottlings, which are wines aged and bottled from just a few of its micro-regions at a time, each one separately. Only the best grape harvests of the most expressive vineyards of the year (or those exemplifying the best terrior of the region) are selected for Forge Cellar’s single-vineyard offerings. 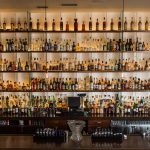