When someone describes their glass of Gin as psychedelic it’s usually safe to assume they’ve had too much.

In the case of Empress 1908 Gin, the transformation from deep indigo to soft pink means they’re just getting started.

Infused with the vibrantly tinted pea blossom, the brand new artisanal gin changes colors when paired with mixers like tonic or citrus—anything with a bit of acidity. From this writer’s experience, it also takes on a bit of a lava lamp effect when mixed with ice and lemonade.

The bold show in a glass isn’t a stunt or a magic trick. Instead, it’s an unintended, all-natural bonus for a handcrafted Gin with a colorful story.

Empress 1908 Gin was created by family-owned Victoria Distillers to embody the essence of the legendary Fairmont Empress Hotel, which opened in Victoria in 1908.

“Last summer we reached out to them to see if they wanted to make an ‘Empress Gin,'” explains Peter Hunt, president and master distiller for Victoria Distillers. “They were keen and we went to work on it.”

The distillers discovered the premium Gin’s color-changing properties along the way. It was an unexpected, but apt surprise for the brand and the Gin. Empress 1908 would have “traditional roots but with some contemporary flare, just like the hotel,” says Hunt.

Empress Hotel, meanwhile, is an icon of Victoria. A National Historic Site of Canada, the famous hotel has hosted kings and queens as well as movie stars and dignitaries for more than a century. It’s well-known for its afternoon high tea and is also home to Victoria’s first cocktail bar, the newly renovated Q bar.

As it turns out, Victoria Distillers has a history with Empress Hotel. The decade-old distillery debuted its first Gin, Victoria Gin, at the hotel in 2008. For Empress 1908, distillers worked closely with mixologists from the Empress Hotel bar.

Empress 1908 is a smooth spirit that quenches the palate with eight organic botanicals, including juniper, coriander, cinnamon, and ginger. Notes of citrus are unexpectedly drawn from grapefruit peel. Roses add a subtle floral aroma while the butterfly pea flower (also used in Empress Hotel’s teas) gives it earthy hints and its unforgettable dazzling hues.

It is non-GMO, gluten-free and made with pure, reverse osmosis Canadian water.

The Gin debuted at the Empress Hotel in May and is fast becoming the spirit of the summer. It has spread from Canada to New York, Connecticut, Florida and Nevada in the United States, with California coming soon.

“It’s the second best-selling premium Gin behind Hendricks, in a market with over 50 premium Gin brands,” says Hunt. “I have been visiting each market and interest in the brand is stunning. It has been a bigger success than we had imagined it could be.”

The effervescent indigo bottle retails for $39.99. Don’t forget the mixer. 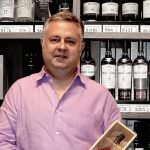