Given the complexities of climate and topography in Portugal’s Douro Valley, the home of world-class Port, vintages are always dissimilar. Therefore, when the majority of Port houses declare a vintage, it is worth taking note.

If we want people to try 25-year-old Port, the only people who can cellar it is us

Old Liquors Magazine was invited to the 2016 Vintage Port preview tasting in San Francisco with the three main Port houses: Fladgate Partnership, Symington Family Estates, and Quinta Do Noval presenting 10 Ports. This was only one of three tastings held in the U.S., the other two tastings being held in New York and Chicago. Traditionally, Port houses declare a vintage on or around April 23, which is St. George’s Day in England, reflecting the country’s historical links to the Port industry. For the top Port houses, declarations typically occur about three times a decade, every three to four years. However, in the last decade, nature helped produce four great declared vintages—2000, 2003, 2007, and 2009—and the most recent declaration in 2011. 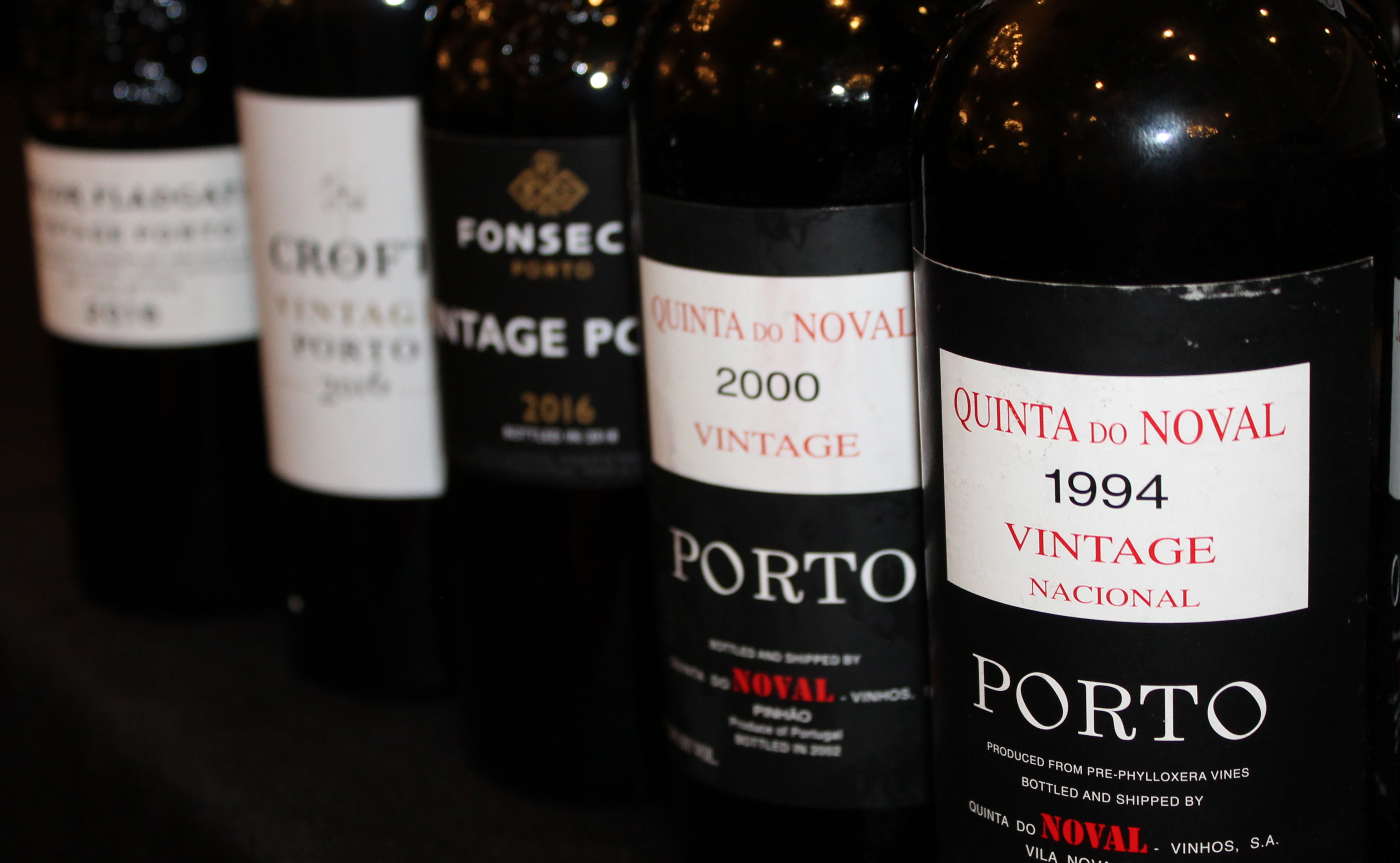 It is up to each individual Port house to decide whether or not to “declare” a particular year. The Port houses usually, but not always, declare the same years collectively, though each house has the option of declaring for themselves without the whole. You only have to look back as recently as 2009 when Taylor, Fonseca, and Croft all declared Vintage Ports and the Symington Family Estates only declared Warre’s and Quinta Vesuvio, but not their best-known Vintage Ports—Graham’s and Dow’s. Therefore 2016 stands out as 10 of the top houses made their declaration, which includes: Taylor Fladgate, Fonseca, Croft, Quinta do Vesuvio, Graham’s, Dow’s Cockburn’s Warre’s, Quinta do Noval, Quinta do Noval Nacional, and Quinta da Romaneira.

Since this is the first unanimously declared vintage in the last seven years, what does that portend? “We have this habit of being very strict with ourselves,” says Christian Seely of Quinta do Noval. “Each of these wines has very distinct characteristics, as it should be. There is freshness, purity of fruit, and balance and harmony.” Winemaker David Bruce Fonseca Guimaraens explained that Vintage Port should be very long-lived and the current stable shows great promise for longevity. How long? “Fifty years easily. You don’t really want to open Vintage Port before it’s 20 years old. It is rare that we go so many years without having declared. But we really have to respect what nature gives us. If we don’t do that, we won’t have a reputation for the generations to come,” Guimaraens said. It is a fine line to walk, however. 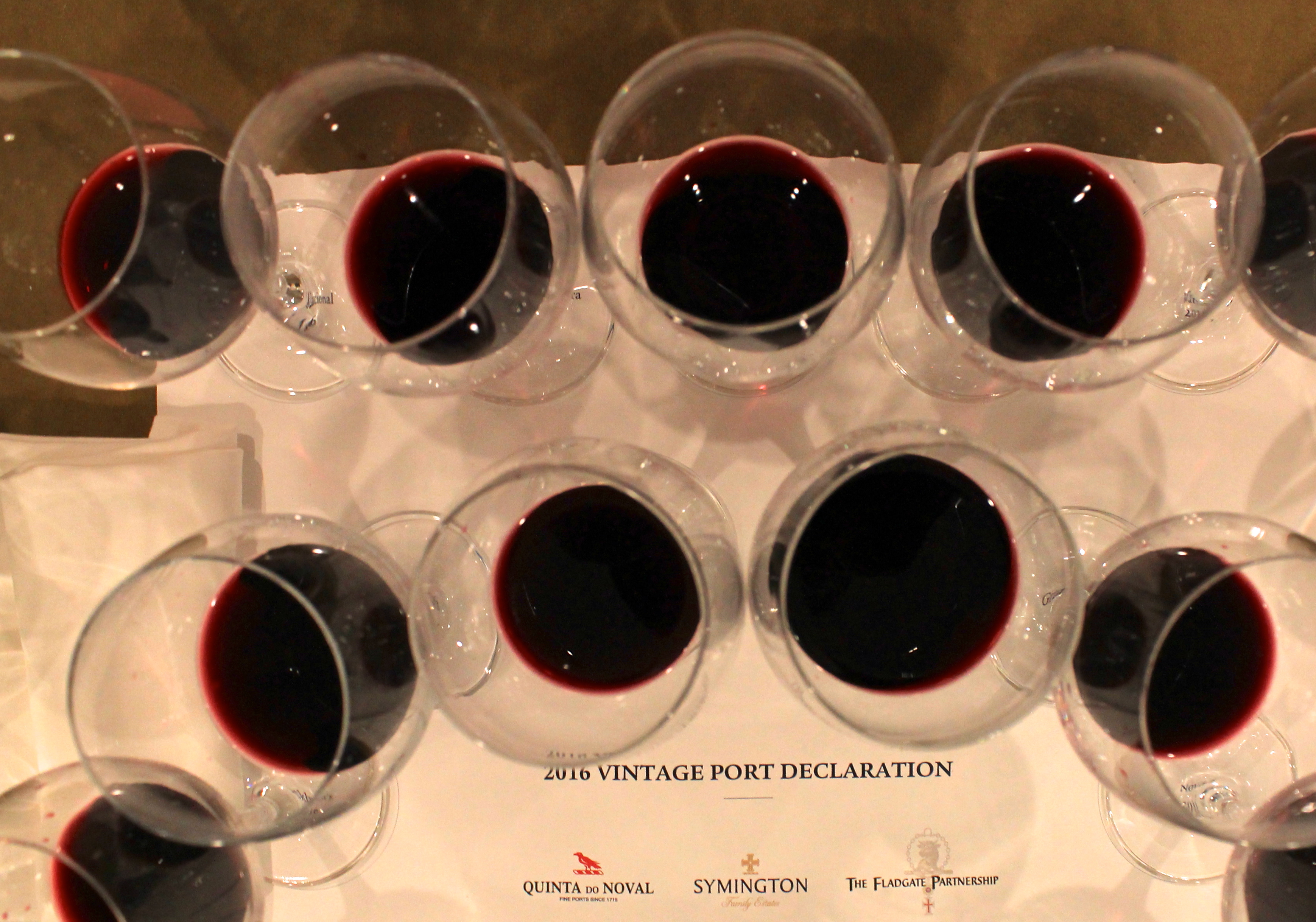 “We are indeed hamstrung by our own DNA,” says Rupert Symington of Symington Family Estates. “What wine producer puts forth their best wine every four years? Vintage Port is designed for 20-year aging but very few people have a cellar with more than half a dozen bottles,” he says. And since 95 percent of wine is consumed the day it is purchased, Port has needed to redefine itself as a wine meant to be drunk now, not later. “If we want people to try 25-year-old Port, the only people who can cellar it is us. Part of our marketing and image is wines that I can serve in 40 years, so we hold them back.” Hence in the last two years, Old Liquors has tasted through Ports dating back to 1970. “We used to hold back about 30 percent of our wines, now it is about 10–15 percent.”

In general, Symington says, Port should not be collected except in declared vintages, which amounts to only 5 percent of total Port production. Even still, Port does not fetch the prices on even vintage years that, say, Y’quem has. In London, 2014 Sotheby’s 1977 Graham’s single bottle sold for $665, even a Dow 1960 Vintage Port only fetched $99. Nonetheless, there is still an allure of Port and unlike other high-end dessert wines, it is more accessible to the general population. Prices for the 2016s will certainly be higher than non-vintage years, but the value to price ratio is still unbeatable.

The weather was the single greatest factor for 2016, as it always is. Heavy rainfall in April and May replenished groundwater, but the wet spring resulted in overall lower yields from most of the vineyards as the rainfall slowed the vigor and development of the vines. However, as summer approached it remained hot and dry, allowing for a consolidation of the grape sugars, but then rains came again in September. Therefore the ripening slowed down and the rain gave a “finish” to the vines. Harvesting was done on cool days. But these variations in weather caused the Ports to become quite “muscular” and “the fat on the meat of the bones,” according to Rupert Symington. With the weather providing the grapes an on-again, off-again growing pattern, the three main houses concluded it was time for a declaration.

The Fladgate Partnership is a group of three port houses, Croft (founded 1588), Taylor Fladgate (1692), and Fonseca (1815). It has been family-managed throughout its long history and is dedicated entirely to the production of Port. Each individual firm maintains its own identity, traditions, vineyards, and distinctive house style.

Symington Family Estates have been part of Port production for five generations since 1882, though their Port heritage dates back 14 generations to the regions first pioneers in 1652. They are the largest landowner in the Douro. Their houses include Graham’s (founded in 1820), Dow’s (1798), Cockburn’s (1815), Warre’s (1670), and Quinta do Vesuvio (1827).

Quinta do Noval dates back to 1715 and has long focused on single-vineyard Ports for its Noval and Nacional Ports. They were the first to introduce blended tawnies with an indication of average age, and in 1986, Noval became the first major Port house to age, blend, and store all its wines at its own Quinta in the Douro. 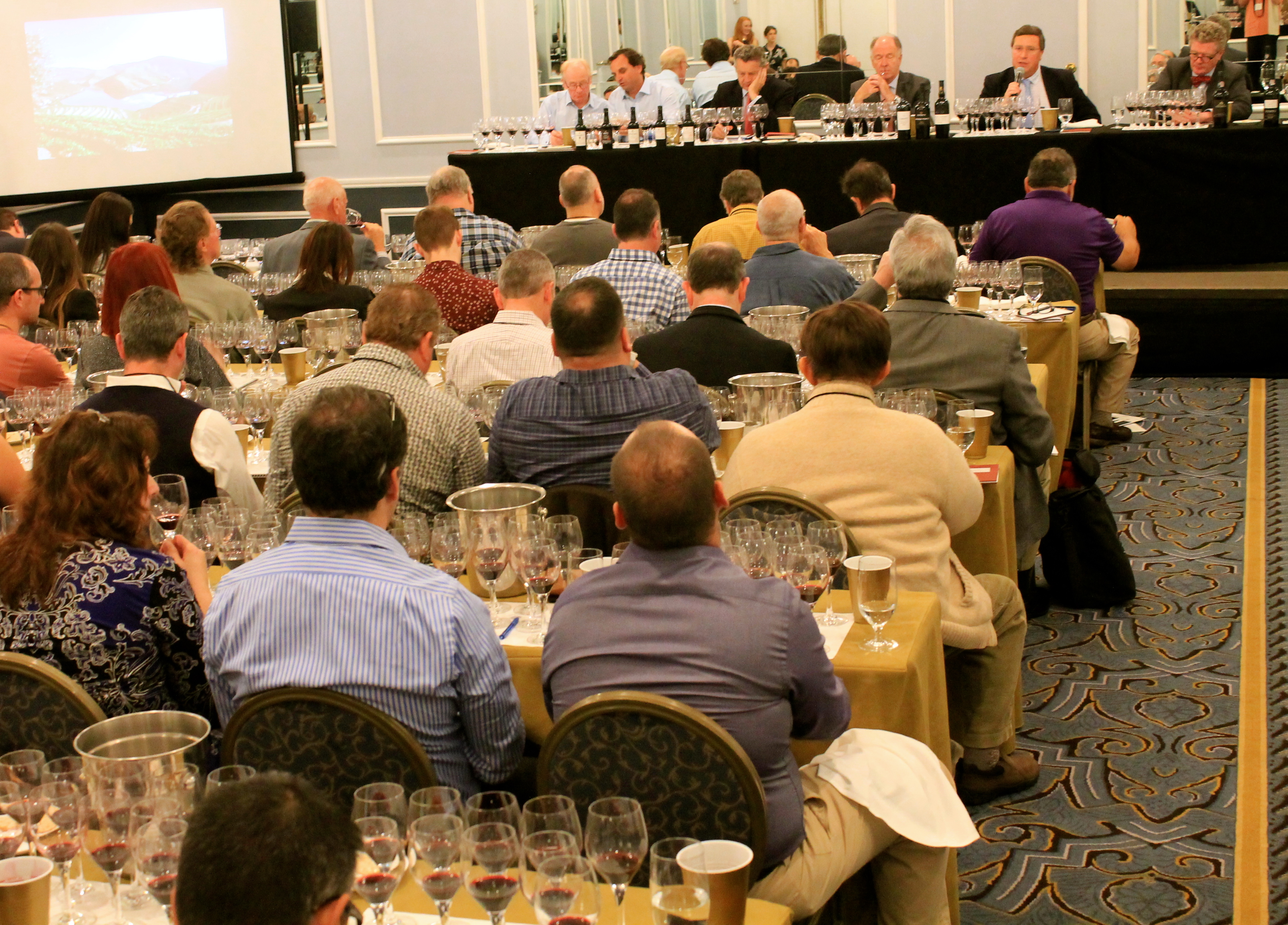 Of the ten 2016 Vintage Ports presented, I found three that truly represented Vintage status, in my opinion, giving them an A rating. Another three I rated B+, while the rest were nonetheless of excellent quality.

A reputation for immense power yields loads of plum, lavender, and violets, a quiet minerality, harmonious, subtle, and nuanced, which belie the traditional robust Ports they normally produce.

Rich and ripe, a thicker viscosity with darker fruits, a mild touch of austerity, blackberry jam, black cherry, cassis, and subtle mint framed by a solid acidity and great length.

Quinta do Noval Nacional
Only 170 cases were made of this beautifully balanced Port. It offers pinpoint acidity, black currant, black cherry, hints of licorice, with decidedly bigger tannins that will age gracefully over time.

I found these three Ports exceptional; the only noticeable difference is the massive structure and girth of them. Though excellent, they lack more nuanced variations, though are nonetheless worthy of seeking out.

Offering an embracing acidity, the bright red and dark fruits, cocoa, minerality, and earthy notes lead toward a velvety texture supported by ripe but moderate tannins.

This single-estate Port starts with a vibrant acidity; there is a great length to this with generous various red fruits, and a luxurious—though perhaps a tad too opulent—mouthfeel. It offers a surprising length on the finish.

Powerful and robust, it dances on the tongue with blueberry, black cherry, and baked rhubarb. It is a flattering wine, one to make you feel impressed by its mammoth structure.

Beautiful and graceful, it has developed a slight candied nuttiness and rich, creamy baked red fruits, fig, and cassis. Its age has only intensified its robust character and seamless experience on the palate.

Ripe red fruit of blackberry and stewed blueberry, quiet floral notes, spicy overtones with almond and anise with a strong universal black currant rounding out the whole. This holds up brilliantly, uniting all the elements of a classic Port into one. 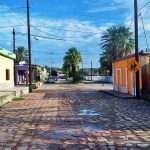 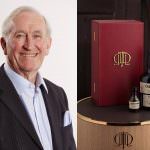