As Whiskey has resurfaced as one of the hottest, fastest-growing spirits, it seems that casks and barrel-aging itself has grown almost exponentially on top of that: barrel-aged beer and barrel-aged mixed cocktails are now more the norm than not, almost as if it is a new craft standard.

But how much can simply sitting in a cask really do for the drink? It’s a nice value-add, sounds good in a name, or creates a nice rich, golden tint—something to make it seem a bit more complex or refined. As it turns out, however, it’s really not that simple: The cask is an expensive, absolutely critical component to properly lead a Whiskey to its best form. It’s the make-or-break. 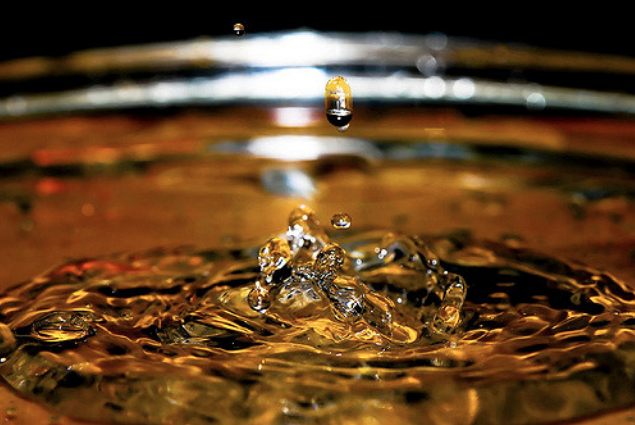 Indeed, the type of cask and all of its metrics are crucial, so much more so than the age of a Whiskey. While there might be a status or “wow” factor surrounding the sight of a 30-year-old label, that by no means equates to twice as good—let alone any better, if not worse—than the 15-year label next to it. Put simply, if it wasn’t aged properly for 30 years, it could very well be entirely undrinkable.

So how do the creators of the craft so carefully select their casks?

As the nuance of choice could reach far deeper than most of us have time to read on, we’ll take a look at the four major considerations that ultimately control the creation of some of the best Whiskey in the world: cask size, type of wood, charring, and cask reuse, and how they must all work symphoniously.

The size of the cask is just as important as it is difficult to figure out: there is no definitive measurement or standard.

Generally, however, there are three different size ranges to choose from, selected based on the desired extraction rate, or the rate at which the Whiskey attains its oak characteristic. Given, extraction rate will be expedited in smaller casks, with a smaller liquid volume to wood surface ratio. The largest of barrels are those over 400 liters: Butt, Port Pipe, Puncheon, and Madeira Drum, which account for the majority of barrels used for American Whiskeys. Medium casks (200–400 liters, ASB, Bourbon, Barrique, Cognac, and Bordeaux) balance a faster extraction rate with oxidation and maturation. The smallest of the casks, generally less than 200 liters and including quarter cask and blood tub, need to be monitored the closest, as their extraction rates can be exceptionally high, quickly leading to over-oaked spirits. 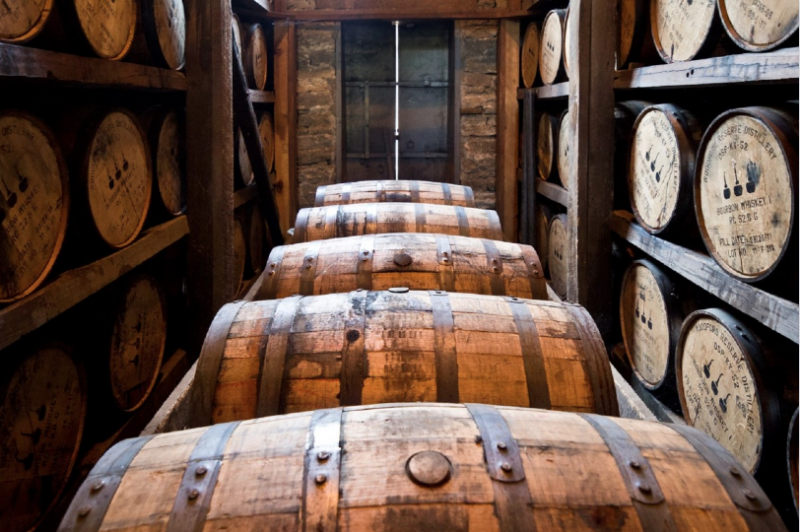 First and foremost, oak is the predominant wood type used for aging Whiskey and is the only permissible type in aging Scotch and American Bourbon. Other wood types, like hickory and maple, are not out of the question, but hardly have a foothold. From here, trunks of oak 70–200 years is ideal (if not absolutely necessary), depending on the origin of the oak. The harvested wood must then be cut into particular and precise patterns so as to create a leakproof cask. And while parts of the cask-manufacturing process are being automated as with everything else, the manufacture is, to this day, still done by hand.

The two main types of oak used are American and European. American oak tends to offer more notes of vanilla and soft caramel, due to the high levels of monogalloyl glucose present in the wood. American oak can be harvested at about 70 years of maturation. On the other hand, European oak must grow for at least 100 years longer than American oak, and is more tannin-heavy, lending additional notes of spice and, due to its higher levels of gallic acid, may be a bit more bitter. Given these potent characteristics, European casks can act quickly and very powerfully, dominating the Whiskey in short order. And, if the cask is too strong or the Whiskey is left too long, there’s no fix for this.

As the wood is dead at this point, the barrels must go through a sort of resurrection, preparing the wood for flavor extraction. Heated to 200 degrees Fahrenheit, the wood on the inside of the cask is burned for 3–5 minutes, reactivating the wood’s ability to lend flavor compounds with the liquids that come into contact with it. Charcoal, moreover, extracts a lot of the tangy, undesirable compounds present.

The barrels can go through either a charring or a toasting, depending on the desired characteristics. A toasting of the barrel is a more mild alteration, which results in blackened but smooth cask walls and notes of vanilla. Charring, on the other hand, burns the wood so much so to leave it broken up about an eighth of an inch deep, resulting in a darker, smokier, more caramel-inclined Whiskey. Charring is most prevalent in Bourbon aging, as it imparts these heavier notes.

The more that a cask is used, the less flavor that it will release into the Whiskey. However, this can be combated slightly by another char—barrels are lightly cleaned and reburned, allowing more vanilla and caramel flavor potential to be released from the barrels. But this can only be done about three to four times before much of the wood flavor is permanently lost.

Some barrels, however, may find a second life and can be rejuvenated and repurposed to a different type of aging, such as a Bourbon barrel for Scotch Whisky. This can add another 20–30 years to the barrel’s total life.

A more recent practice, with roots only stemming about 20 years, is “finishing,” or secondary maturation in a new cask, or cask reuse solely for repurpose. This concept was first introduced by David Stewart, a distiller at Balvenie, which led to the creation of the Balvenie Classic, now known as the Balvenie Double Wood. Aged first in American oak and transferred to Sherry butts, it kicked off what was to be a highly adopted aging trend across far more than just Whiskey. 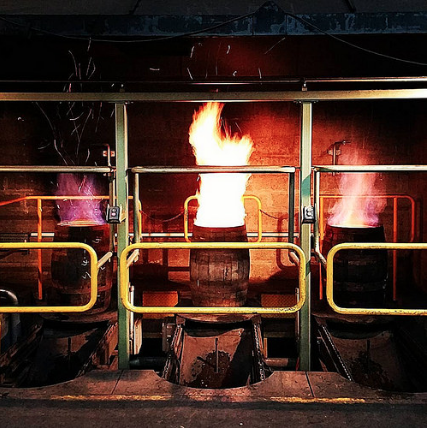 This, of course, adds yet another important but complicated element, as secondary maturation is not yet fully understood. For now, it is, realistically, still much a product of trial and error, and in conjunction, there are many more considerations (or relative unknowns). For instance, secondary maturation usually takes place in a cask that has been reused one or more times. Given, the previous spirit’s characteristics must complement the Whiskey aging as it will inevitably impart its flavors with the barrel, as well as the overall age of the cask itself across spirits, its char level, and size. After already completing a painstaking process, to achieve a fine Whiskey a final round of poor finishing can do significant, irreparable damage.

A fan of Whiskey or not, the process through which Whiskey must go is one that certainly should be recognized and regarded. It takes significant time, careful calculation, and incredible dedication to create even just one once-matured batch of Whiskey. A fascinating process to ponder whilst enjoying a pour, if I may say so myself. 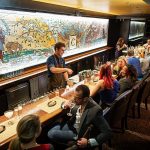 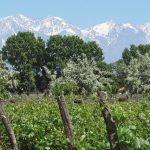