There are few things worse in this life than coming home from the wine shop, full to the brim with anticipation and excitement, only to discover you’ve picked up a dud… and have poured yourself a thoroughly disappointing glass of vino.

This is one of the big problems when it comes to wine; it’s a fundamentally mysterious drink. While you may be well-versed in your appellations, and know your Malbecs from your Merlots, there’s so much variation from place to place and year to year that it’s often very difficult to tell just how good or bad the bottle is going to be until you’ve poured that first glass.

Of course, the wine world itself doesn’t exactly help in this regard. The jargon emblazoned across the labels of most bottles can be almost impenetrably obtuse for those new to fine wine, and it’s sometimes incredibly hard to predict what you’re going to get. Furthermore, admitting our mistakes, and facing up to the fact we often need help with wine isn’t always easy either, especially when the wine scene sometimes appears to celebrate its own elitism.

The bottom line is this, though: We’ve all found ourselves facing that crushing disappointment that comes with picking the wrong bottle, and we all know that making mistakes is the key to learning. In that spirit, we’ve put together this brief guide to errors we all make from time to time in the wine store, in the hope that, next time, we can walk away with our purchase buoyed with a little more confidence and savoir-faire.

Choosing wine is something which really deserves your full attention 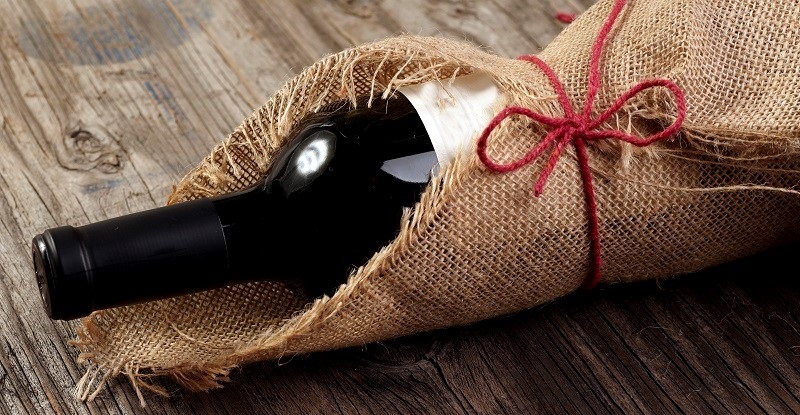 We get it—this situation isn’t always one that can be avoided. Maybe you’ve accepted a last-minute invitation to a dinner party, and you simply haven’t had the time to head down to your preferred wine vendor. However, last-minute buying is one of those things which is always going to put you in a bit of a fluster, and nine times out of ten, you’ll end up running into your nearest wine store and grabbing something off a shelf stacked with a fairly limited range. The result? Generally, presenting your hosts with something you wouldn’t ever buy for yourself—most likely, one of those boring, mass-produced bottles; what we refer to as wine for those who don’t really like wine.

Choosing wine is something which really deserves your full attention, and is best done at an establishment which only stocks the good stuff. Do yourself (and your hosts or guests) a favor, give this fine drink the respect it deserves, and take your time.

Wine can sometimes be somewhat intimidating 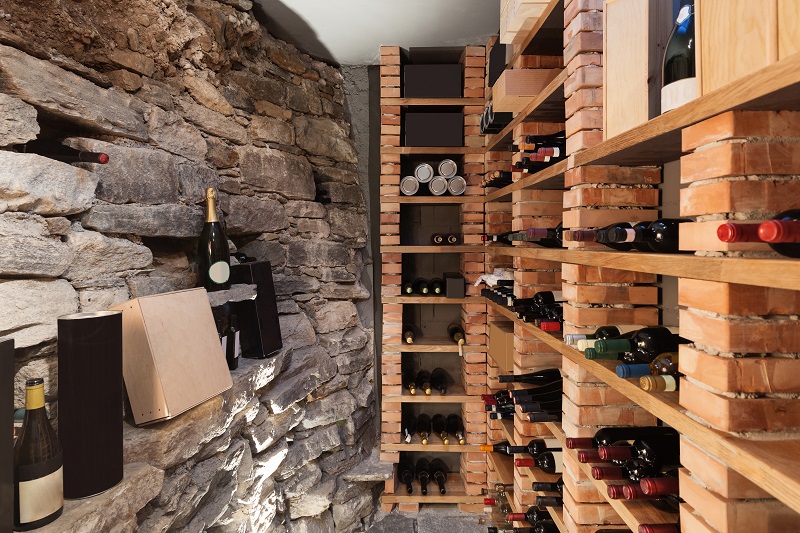 Wine can sometimes be somewhat intimidating, but that doesn’t necessarily mean that those who work with wine have to be that way. Actually, I’ve found that time and again, people who work in wine shops have a genuine passion for what they do, and a deep interest in oenology. They often love nothing more than sharing their favorites and top tips with new customers and chatting about what’s new and what’s coming up.

It’s a fact that many top wine stores actively encourage their employees to get to know their produce intimately, and hold staff tastings to ensure that everyone who works there is able to talk at length about their stock. They’ll often be sent away to wine-tasting events and sommelier courses, meaning you might have simple, direct, and free access to real expert knowledge and advice. And who wouldn’t want to make the most of that?

Pairing food and wine is a fine art and one which can take years of practice to get your head around. However, the basics are pretty easy to grasp, and if you’re planning on serving wine with food at a dinner party, it can be vital to bear this in mind when you’re shopping for a bottle or two. If you’re heading to a dinner party and have been asked to bring a bottle, it’s likely your host will appreciate you asking what’s on the menu, in order to end up with a better pairing.

Pairing food and wine is a fine art

The internet has been a boon for those seeking out those perfect matches, and there are apps and websites aplenty dedicated to help you get it right and hitting those expert sommelier standards. Plus, if all else fails, pick up a bottle of Champagne. Nobody’s ever turned their nose up at a glass of bubbly, and sparkling wines have a lovely habit of pairing well with pretty much any dish ever to come out of a kitchen.

Fourth: Sticking with the big names

There are dozens of wine regions in the world whose names stand head and shoulders above the others. Bordeaux, Napa Valley, Rioja, Barolo… these are parts of the world which have proven their worth across the ages, and there’s no doubt about the fact that they are capable of producing some incredible wines. But here’s the kicker—seeing these regions written on a wine label isn’t exactly a guarantee of great quality, and for those shopping in the mid-price range, you’re actually often more likely to get a better bottle for your money from a more obscure, less famous part of the planet.

It can be exciting to expand your horizons

Even small wine shops are likely to stock wines from up-and-coming wine-producing countries or specific regions, and it can be exciting to expand your horizons and broaden your palate in this regard. Next time you’re looking for a bottle, why not reach for an Eastern European wine, a Greek, Croatian, Lebanese number (or something even more left field, for that matter!)—you might end up finding a new favorite, and, if you don’t, you still would have benefited from heading out of your comfort zone.

Nobody loves the feeling of prizing a cork from a bottleneck more than I do. It’s one of those ceremonial aspects of wine drinking which brings so much pleasure… and yet it’s nothing short of criminal to hold a prejudice against screw-caps wines in the 21st century. 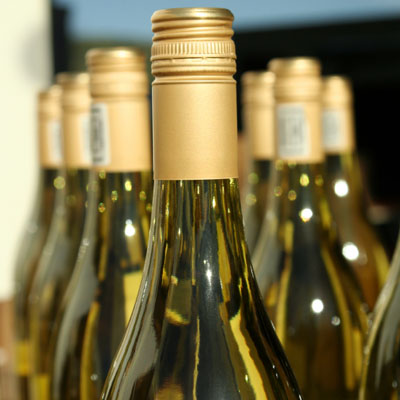 Of course, years ago, this prejudice wasn’t exactly unjustified. Screw caps were associated with poor quality New World wines, cheap bottles which sneered at tradition and lacked the standards we look for in top-drawer vino. This bad reputation has been incredibly hard to shake off, but now really is the time to overcome this association, stop caring about what’s on the top of the bottle, and start caring more about what’s inside the bottle. Australia and New Zealand have led the march of the screw-capped wine over the past few decades, and nobody could deny that the finest wines to come out of the Antipodes in recent years deserve their place among the greatest bottles in the world—something which could also be said for several other New World countries who also prefer this method.

There are also plenty of wineries, which have plumped for the screw cap in recent years

Indeed, there are also plenty of wineries in France, Italy, Germany, Spain, and elsewhere, too, which have plumped for the screw cap in recent years, for the simple fact that they’re effective, affordable, environmentally friendly alternatives which stop wines from suffering from cork taint. The jury’s in, and they’ve decreed that there’s fundamentally no correlation between the method of sealing the bottle and the standard of the wine inside.

Sixth: Getting distracted by designer labels

Remember: You should never judge a book by its cover. It follows, therefore, that judging wine by the prettiness of its label is a similarly grave error.

hat’s interesting in this regard is that recent years have seen independent wineries and estates really upping their game when it comes to label design. There are some truly stunning and striking labels out there, which attempt to convey the independent and artistic spirit with which the wine has been made.

That’s all very well and good, but these labels—despite their beauty—don’t do much to suggest how delicious the wine inside may be. On top of this, large, industrial wineries producing dull, unimaginative wines have cottoned on to this trend, and are now to be seen “posing” as smaller, boutique wineries with their choice of label designs to hide the true nature of their production scale and methods. It goes to show, you never can tell…

Seventh: Not returning flawed bottles to the shop

It’s not nice, but it happens: Wine sometimes goes bad. The reasons for this happening are wide and the list of potential flaws is long, and the truth is, it’s pretty unlikely that the flaw is the fault of the store you bought it from. Despite this, any wine shop worth its reputation should accept back a bottle affected by cork taint or oxidation, and should be happy to offer you a replacement bottle with a smile and an understanding nod.

Don’t be afraid to return such bottles—if anything, the store might even be glad to know there’s something wrong, as a whole batch might be affected in the same way, and they’d need to know if this is the case. At the end of the day, wine-shop owners are professionals who care about their product, and they’d most likely do the same if they were in your place.

So, there you have it—seven errors we’ve all made at some point or another when buying wine. Most of them should be pretty familiar, but if they’re not, you know what not to do next time you’re sent out to pick up a bottle or two for the evening. Santé! 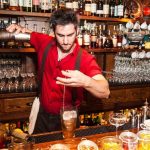 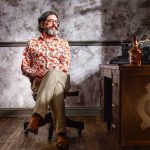