]OSLO – You don’t have to win the Nobel Peace Prize to stay at the Grand Hotel Oslo. But if you do ever happen to bring peace to the world and travel to Norway in December to collect your prize from the King of Norway, you won’t have to go far from the king’s palace or your hotel suite to one of the best bars in the city, situated on top of the 143-year-old hotel. There, you’ll find Eight, the gleaming, rooftop bar open year-round with an outdoor patio and some of the most innovative, delicious cocktails around.

Located across the street from the Norwegian parliament building and a few blocks from the Norwegian Royal Palace, the Grand Hotel Oslo is close to many of the city’s best-known attractions, including Norway’s National Art Gallery, the chic harbor-side neighborhood of Aker Brygge, and Oslo’s stunning, modern opera house, which seems to emerge straight out of the water like a newly developed mountain formation. The hotel also lives up to its name. It’s grand in every sense and is one of those increasingly rare, majestic old hotels that cities were once famous for across Europe. But the 274-room hotel is not stuck in the past. Since last year, the hotel has been undergoing a major, ongoing renovation project.

The balance between embracing modernization and honoring the past can be found throughout the hotel. On the first floor is The Grand Café, which first opened the year the hotel opened in 1874. Back then, playwright Henrik Ibsen used to regularly eat lunch in the café every day. And Norway’s best-known painter, Edvard Munch, once reportedly offered the café one of his paintings, Sick Girl, in exchange for 100 steak dinners. British author Roald Dahl (whose parents were Norwegian) also stayed in the hotel several times as a child and was reportedly inspired by his time there to write the autobiographical book, Boy: Tales of Childhood.

On the first floor, you’ll also find Palmen, the hotel’s formal, Nordic-inspired restaurant, and Othilia, its casual lobby bar. Palmen’s menu contains a mixture of dishes Norway is famous for, including several dishes featuring fish from the vast ocean that surrounds Norway and winds its way through the country’s craggy fjords. Such dishes include Poached King Crab and Butter Fried Halibut. Norway’s also famous for its beef and game meats. At Palmen, you’ll find both—Slow-Cooked Beef Tenderloin and Veal Sirloin.

The first floor is also where the hotel serves its truly exceptional buffet breakfast. If you’re debating whether to spend the extra money on breakfast, don’t give it a second thought. Breakfast at the Grand Hotel Oslo is one of the best deals in one of the most expensive countries in the world. Picture mountains of fresh salmon, caviar, pastries, fresh fruit, sausage, croissants, and more herring than you could probably eat in a lifetime, served in a formal setting, and you’ll have some idea of just how wonderful the breakfasts are each morning at the Grand Hotel Oslo.

Accessed through a separate entrance.

As for the rooms, they’re what you would expect from a grand, old hotel in Scandinavia. They’re elegant yet understated, comfortable, and quiet. Simple touches like discreet wall-mounted lamps and spacious, tiled bathrooms will also help make you feel right at home. And if you do feel like splurging, book room 201, better known as the Alfred Bernhard Nobel Suite. This is the room Nobel Peace Prize winners stay in each year. Accessed through a private hallway lined with photos of previous prize winners, the golden-yellow rooms are filled with antiques, chandeliers, a private dining area, and two balconies facing Karl Johans Gate in case you want to wave to well-wishers below from your 71-square-meter suite. 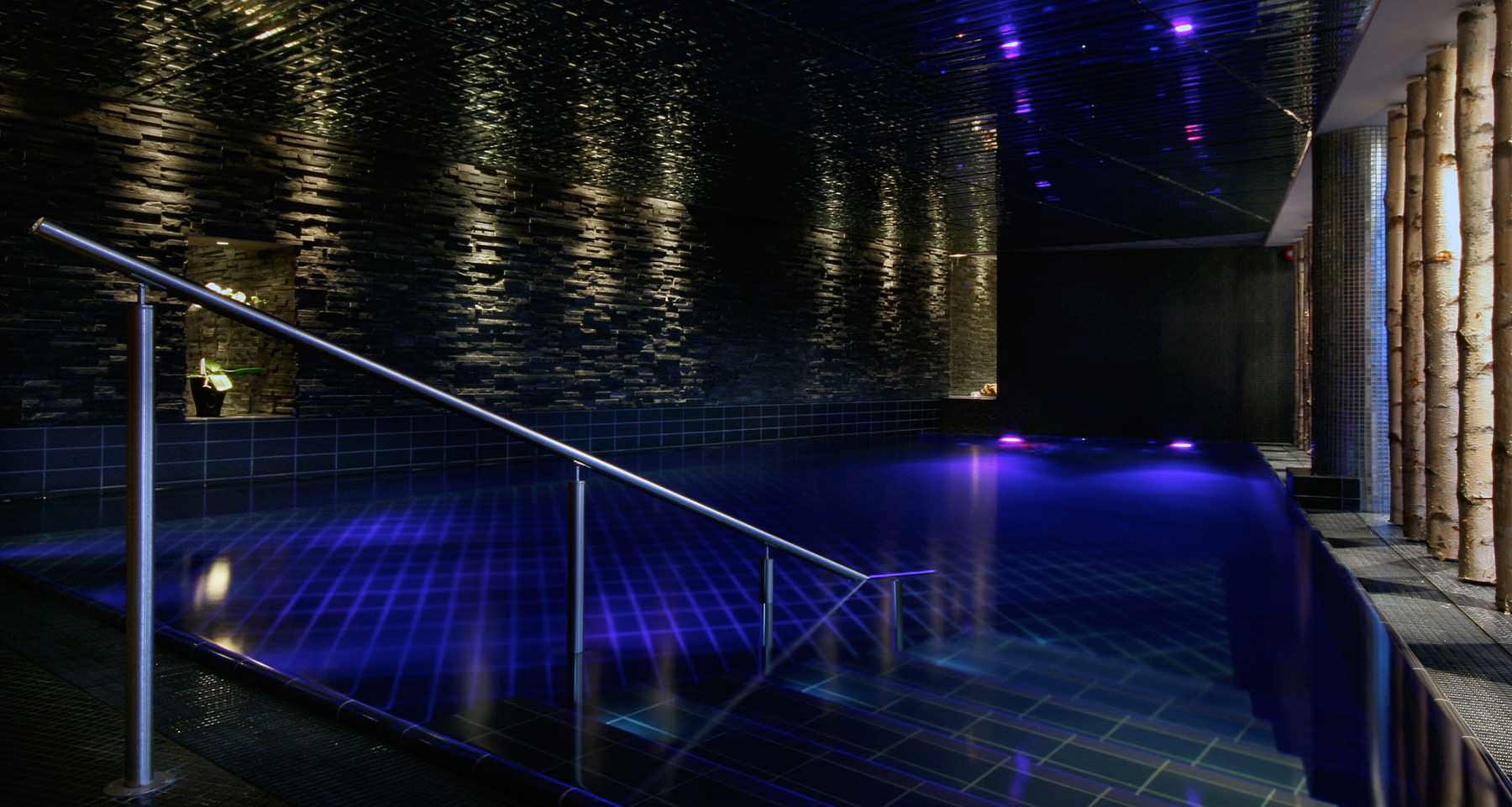 On the top floor, you’ll find the Grand Hotel Oslo’s more modern side. There’s a sleek, green-tiled indoor pool lined with white birch trees facing a wall of glass overlooking the city. The pool and spa also feature a sauna and steam room. On the same floor but accessed through a separate entrance on Karl Johans Gate is Eight, the hotel’s rooftop bar. Open year-round, Eight features a beautiful, long bar and two walls with floor-to-ceiling glass looking out over the city. But if you’re there on a warm summer afternoon or enjoy the brisk, cool air, head outside and have a drink seated at one of the many tables or couches perched around the outside of the building. The view will be one you never forget.

The same is true with the distinct cocktails at Eight. Some of its one-of-a-kind drinks include The Nor Way, which is a Negroni made with Aquavit and Marka, a Norwegian bitter. But perhaps the bar’s most distinct cocktail is its Norwegian Sour, an easy-drinking concoction that tastes as Norwegian as an Edvard Grieg suite sounds.

But one thing does remain constant at Grand Hotel Oslo—the attentive service provided by everyone from the endlessly helpful staff members behind the front desk to the skilled bartenders at Eight. Recently, Old Liquors Magazine chatted with the hotel’s commercial director, Angelica Montez de Oca, about what makes the Grand Hotel Oslo so special—and its cocktails so memorable.

What do you think makes the Grand Hotel Oslo such a special hotel?

The hotel is Norway’s most iconic hotel—it was established in 1874. It is where the Nobel Peace Prize winners stand on the balcony each year and wave to the public.

What do you think makes bar Eight such a special, unique place?

It’s a place to meet locals in the center of Oslo. People of all ages come together. It has a great terrace with a fantastic view of the city and the fjord.

What are the most popular drinks at Eight?

With a selection of almost 40 different Gins, Gin & Tonic is a popular one. One of the best sellers this summer is a cocktail on the menu called Sakura. It’s made with Umeshu and Rooibos-infused vodka.

Double strain into a cocktail coupe or over ice in an old-fashioned glass.

Garnish with lemon and lemon thyme. 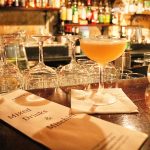 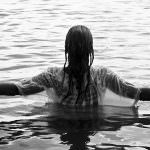