Early in the 1967 French crime thriller Le Samouraï, the ice-cold assassin in the film played by Alain Delon surveys a Paris side street in the rain for just the right car to steal for a job. An Audi drives by as François de Roubaix’s hypnotic organ music plays. No interest. A policeman places a parking ticket on another, boxy car. Not even a glance. Delon could choose any car he wants. But he has his eye set on the sleek, curving car parked a few feet away—a Citroën DS 19.

Delon slips into the unlocked Citroën without anyone noticing. Everything about Delon’s actions seems random, efficient. Then he reaches into his trench coat and pulls out a massive ring of keys and sets them on the plush, blue, knitted seat beside him. Suddenly, everything becomes clear. There was nothing random about Delon’s actions. He had his sights set on a Citroën DS 19 all along. And who can blame him?

Déesse. The French word for goddess.

First produced in 1955, the Citroën DS 19 looked and felt like no other vehicle on the market at the time or since then. Part submarine, part spaceship, this sleek French vehicle cruised into the world’s consciousness and instantly captured people’s imaginations. French literary theorist Roland Barthes wrote an entire essay rhapsodizing about the Citroën DS 19 titled “The New Citroën” published in 1957 as part of Mythologies, a collection of Barthes’ essays.

“It is obvious that the new Citroën has fallen from the sky inasmuch as it appears at first sight as a superlative object,” Barthes wrote, adding, “The DS 19 has no pretensions about being as smooth as cake-icing, although its general shape is very rounded, yet it is the dove-tailing of its sections which interest the public most.”

Decades later, the Citroën DS 19 still has legions of fans, far and wide. “As modern cars all fall into the cookie cutter mold, those of discerning taste want something different, hence the increase in popularity,” said Chuck Forward, president of the Southern California Citroën Car Club.

In 1999, the Citroën DS ranked third in a “Car of the Century” poll. Classic & Sports Car magazine also named the Citroën DS 19 the “most beautiful car of all time.”

Citroën must have known they had created something magical when they made the Citroën DS 19. DS is pronounced “Déesse” in French, which translates as “Goddess.”

The Citroën DS 19 is instantly recognizable even from a distance. Like many things French, this vehicle oozes style—the sleek lines, the curving glass, the back wheels cleverly concealed beneath the vehicle’s swooping body. The vehicle’s iconic design combined art with science, passion with technical panache. André Lefèbvre, a French aeronautical engineer, worked with Flaminio Bertoni, an Italian industrial designer, and sculptor, to come up with the vehicle’s smooth, flowing shape for Citroën, which reportedly spent 18 years developing the car in secret.

The Citroën DS 19 was a technological marvel in its time. The car’s suspension system was “hydropneumatic.” It also had an automatic leveling system, which allowed the vehicle to nimbly handle rough roads. The vehicle also had a lower center of gravity, like a ski racer crouched down in a truck to be more aerodynamic around curves and straightaways.

“Citroën introduced a car so full of technological advances that it made everyone else look like they were still producing a Model T,” Forward said. “The innovation list is long beginning with the use of high-pressure hydraulics for the aircraft style suspension, steering, brakes, transmission shifting—the magic wand of the Citromatic predates the paddle shifters by a half a century.”

When the vehicle was first shown at the Paris Motor Show in October 1955, people responded immediately to the vehicle’s space-age design. During the first day of the auto show, Citroën took more than 12,000 orders for the new car from enthusiastic car buyers. In America, the vehicle was marketed to people who would probably now drive a Tesla or another cutting-edge car. “It takes a special person to drive a special car,” was Citroën’s marketing slogan in the United States.

The DS styling is a love it or hate it affair.

Anyone who has ever ridden in a Citroën DS 19 will remember one thing—how smooth the car feels, no matter how bumpy the road might be beneath this large, sleek sedan. The best way to describe these cars is they feel like a living room on wheels. They’re spacious, comfortable, and elegant.

The smooth feel of the Citroën DS 19 probably has a lot to do with the vehicle’s hydraulic suspension system. The Citroën DS 19 was one of the few cars on the market at the time that had independent suspension on all four wheels. That’s why the vehicle felt velvety smooth as if the wheels were barely touching the ground. Most cars at the time only used hydraulics for the brakes and power steering. The DS also uses hydraulics for the suspension, the clutch, and the transmission.

“The DS styling is a love it or hate it affair that was born of the early 50s when Studebaker Hawks and Porsche 356s were dominating the auto shows, so it was not out of place when introduced,” Forward said. “But car styling is unpredictable, so just a few years after introduction, the hard edge finned monsters of the American manufacturers made it appear bizarre. Citroën was not a slave to fashion, and just like the traction avant before, the technical aspects overshadowed the need for the three-year body change of Detroit. To the people inside, what does matter most is the way the DS floats down the road.”

Citroën made the DS 19 from 1955 to 1975. Along with the classic four-door sedan model, Citroën also made a two-door convertible and five-door Safari station wagon. Overall, Citroën sold more than 1.4 million vehicles during its 20-year run. But like all great things, eventually, the Citroën DS 19’s run came to an end. But the appeal of this iconic car endures. When you see one, you instantly understand why. And once you ride in one, you’ll probably fall in love forever. And you wouldn’t be the first—or the last—one to do so. 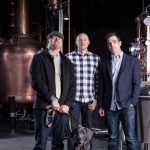 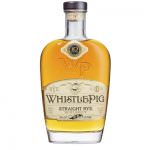