America loves foreign-born chefs. This is a country where anything goes and where nationality doesn’t matter if you can do your job well. This is why Asian, Spanish, and French chefs have done so well here, and why two of the biggest chefs in the country right now—Jamie Oliver and Gordon Ramsay—are British.

However, there are many nationally renowned homegrown chefs, as well. These are the men and women who have learned their trade in the US and have devoted themselves to this country’s culinary industry. This is the case with big names like Anthony Bourdain and Tom Colicchio. Yet under the surface of superstardom, there is a world of super-talented, well-respected chefs who have all the talent and esteem in the world, but whose celebrity status is not quite befitting of the red carpet.

Such is the case with Samuel DeMarco, a chef whose skills are known to chefs and restaurateurs throughout the United States, but one who isn’t quite as prominent in the public spotlight. At least, not yet. 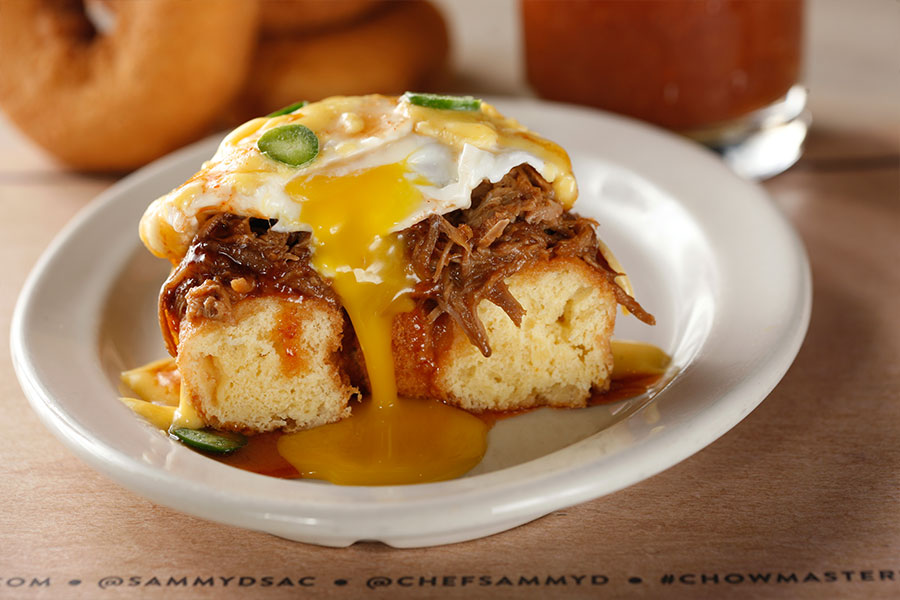 A Professional Through and Through
Brooklyn-born Samuel DeMarco began his culinary journey in 1994 when he opened his first restaurant in New York City. Aptly named “First,” this restaurant gave him a platform on which he could showcase his talent. In the years that followed, DeMarco steadily made a name for himself in New York, and before long, word had spread across the east coast.

His nickname changed from “King of Casual” to “Chef to the Chefs.”

DeMarco earned the nickname the “King of Casual,” perchance for his quality, casual dining food. Before long, his restaurant became a hotspot for professionals working late into the night. This is where they would go after work, enjoying DeMarco’s rich, casual food and taking a break from the hustle and bustle of the city. Many of these professionals were chefs. As a result, his nickname changed from “King of Casual” to “Chef to the Chefs.”

DeMarco’s prestige grew, as did his status in his profession. After his success in New York, DeMarco moved to Las Vegas, partnering with Steve Wynn from the Belaggio to open Sam’s American and Sam’s Snacks. Although not as big of a success, this move did further DeMarco’s career and helped to establish a presence outside of New York. More successes followed, and a couple of decades later Chef DeMarco had become one of the most well known and widely respected chefs in all of the United States.

These days DeMarco is the man who the experts turn to for the best food and the best advice. He is a respected businessman, a popular celebrity, and one of the best chefs on the east coast.

The Chow Master
In 2014, Samuel DeMarco became the co-host of Travel Channel’s “Chow Masters.” The show only ran for a single season, however, it became somewhat of a cult hit amongst the US foodie crowd. Furthermore, it was something that DeMarco clearly enjoyed. For thirteen episodes he was tasked with traveling to culinary hot spots of the United States with his best friend, Hollywood director Frank Coraci in tow. Together they ate, drank, and explored everything from the best burgers in the City of Angels to the best Cuban food in the heart of Miami.

Not only was this short-lived program clearly a lot of fun for the hosts, but it also helped to raise DeMarco’s profile even more. With this program, in combination with the status he had already achieved and the acclaim he has since gone on to grab, his reputation as a true celebrity chef is growing.

This is perhaps best evidenced by his growing following on social media. Samuel DeMarco posts pictures of his creations, his restaurant, and his kitchen on all major platforms. He’s not very active on Twitter or Facebook, but his Instagram account is a veritable showcase of his culinary creations. As well as giving you an insight into his private life and a behind-the-scenes look at his kitchens, his account is loaded with pictures of his home and professional cooking exploits. Perfect for foodies, his account is a must-follow for aspiring chefs seeking inspiration. 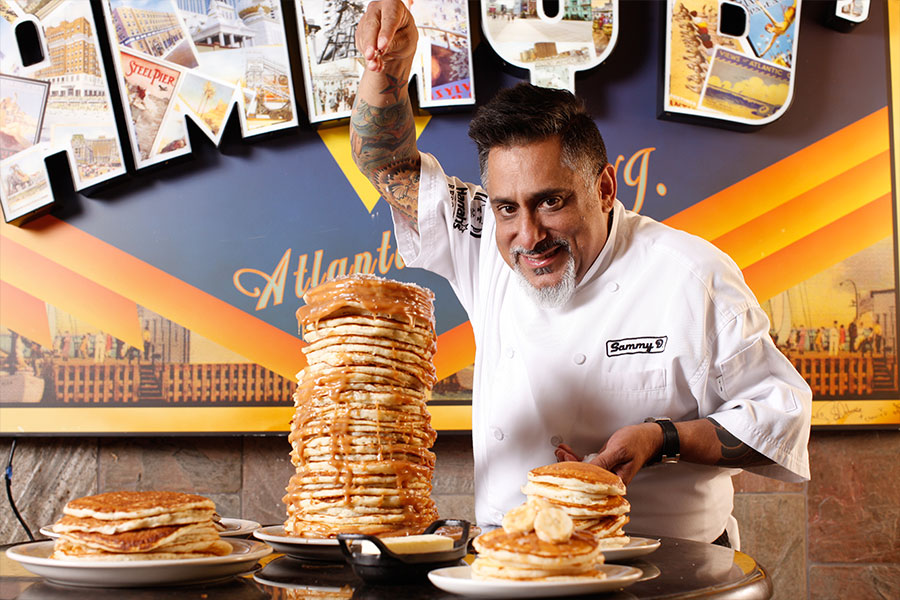 The cherry on top of Chef Samuel DeMarco’s illustrious career is Sammy D’s, which is located within Harrah’s Resort in Atlantic City. Atlantic City celebrates everything that is bold, big, and unafraid, and Sammy D’s keeps this spirit alive in its restaurant and bar. Sammy D’s serves American classics created by DeMarco, including his signature dishes. Moreover, you will find a selection of beers and cocktails, from craft beers, imported beers, and popular creations such as Long Island Iced Tea to super-sweet alternatives like Cotton Candy, which consists of vanilla flavored vodka and elderflower liqueur, mixed with pineapple and cranberry juice.

You won’t want to drink on an empty stomach, however, and there is plenty of indulgent American fare to fill you up, including:

Original Lollipop Wings: A big, family-sized, shareable portion of one of Sammy’s classic dishes. These crispy, succulent, Buffalo wings are served with a blue cheese dressing, which adds some strength and spice, and celery, which gives everything a peppery kick.

Little Monster Burger: Two 5 oz patties are served with melted cheddar cheese, sweet caramelized onions, and pickles. This is a burger that packs an unexpected punch.

Double House Burger: A famous burger and one that carries Sammy’s name and his influence. This burger begins with two 5 oz patties made of a “special blend.” Added are bacon, cheese, onions, tomatoes, and lashings of “special sauce.” It’s all served on a sweet and soft brioche bun, with fries and a pickle on the side.

Sammy D’s is probably the best way to taste Chef Samuel DeMarco’s cooking. It is an amalgamation of all of the hard work he has put into his career over the last few decades, and this shows in every delicious mouthful. There are few better and more well-respected chefs on the east coast, and there are few better places to sample quality American cuisine in the state of New Jersey. 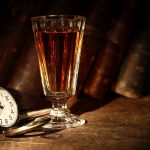 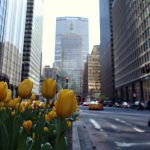