Cascais was once a quiet fishing village an hour along the coast from Lisbon. In the 19th Century, royal patronage meant that this once sleepy town grew into a bustling Summer resort, frequented by kings from across Europe.

It’s not hard to see why. A number of world-class beaches are blessed with sun year-round. Overlooking them are the magnificent villas of the Portuguese aristocracy, between which wind picturesque cobbled streets. Up above, the hills gently rise into the lush temperate rainforests of Sintra, a historic town and itself once the abode of royalty.

Today, Cascais has all the trappings of a luxury resort

After a period of relative quiet, Cascais is now benefiting from the worldwide interest in all things Portuguese. The town has regained something of its former splendor, and a wealth of new luxury hotels and restaurants means that it is quickly regaining its reputation for luxury tourism.

Today, Cascais (pronounced Kush-Kaish if you want to sound like a local) has all the trappings of a luxury resort: yachts in the harbor, casinos dotting the shore, and a selection of 5-star hotels. Yet the town still retains much of its authenticity. Small fishing boats can be found next to superyachts, sometimes with the locals mending their nets, and the daily catch is still for sale in the local fish market.

In short, if you’re looking for a combination of old-world charm and cutting-edge luxury, Cascais is the place to go.

The Resort Of Kings

Cascais began its journey to stardom in the late 19th Century when it became the favored resort of the Portuguese royal family. In 1870, King Luis I of Portugal decided to make the town his Summer residence. For thirty years, the royal family visited the town and brought with them a metropolitan crowd of Portuguese aristocrats, artists, and associated hangers-on.

At that time, the fortifications of the town, including its imposing Citadel, had fallen into disrepair. Luis renovated the building, installing the country’s first electric lights here in 1878. He also beautified many buildings in the town and built a better road to Lisbon.

The town boomed. Many noble families built impressive mansions that still line the coast today. A casino, a ring for bullfighting, and a sports club were all constructed, paving the way for Cascais to become the destination of choice for many of Europe’s noble families.

In 1908, the last king of Portugal – Carlos I – was assassinated, bringing the royal period of Cascais’ history to a close. The town continued to flourish, however: Portugal was neutral during WW2, and many of Europe’s exiled royal families took up residence, including those of Spain, Italy, and Hungary.

For many people, the primary attractions of Cascais are its beaches. These are certainly impressive. The most famous, Guincho beach, lies slightly to the north-west of the town and is a smooth arc of white sand. Guincho is quite exposed, however, and while this makes it popular among surfers and kitesurfers, for swimming and sunbathing it is best to stay closer to town.

A number of smaller and more secluded beaches ring the coast. Many are no more than a hundred yards long, and this means that they never feel crowded, even in the height of Summer. Many luxury villas and hotels also possess their own private beaches, where you can swim and relax a stone’s throw from your room.

The town now boasts a large marina, with space for up to 650 yachts, and is a popular berthing location year round. The harbor has hosted many important sailing events, and the Portuguese F1 Grand Prix takes place in the nearby town of Estoril. In addition, Cascais has 10 high-quality golf courses within easy reach of the center of town.

Not that a trip to Cascais demands such exertions. One of the joys of the town is simply wandering through its picturesque streets, where vines spill from balconies, and where every now and again you will be treated to an unexpected and panoramic view of the Atlantic Ocean.

The town remains quiet even in the Summer, and the slower pace of life is eminently relaxing. Mornings are generally spent drinking coffee and eating Pastel De Nata (cream pastries that are both a local delicacy and absolutely delicious), before a short siesta to avoid the heat of the day. The town comes alive in the evening when dozens of open-air cafes offer local wines and seafood.

Many of the best hotels in Cascais were built for the nobility, and it shows

Many of the best hotels in Cascais were built for the nobility, and it shows. Though many new hotels have been constructed in just the last few years, for a true taste of Cascais you should look no further than the line of 19th Century palaces that line the shore.

Among the most famous is the Albatroz Hotel. This 50-room, 5-star hotel is perched on steep cliffs right next to Conceição beach, and this makes for both a secluded location and truly spectacular views. The Albatroz was originally built as the palace of the Dukes Of Loule and manages to combine its long aristocratic heritage with thoroughly modern comfort.

A short walk from Cascais lies Estoril and the world famous Estoril Casino. Even if you are not a gambler, it’s worth a visit for the building itself: it is one of the largest casinos in Europe, and reeks of 19th Century opulence. Even better is the nearby the Hotel Palacio, famed for both its history and its restaurant. The recent James Bond Movie On Her Majesty’s Secret Service was filmed here, and it’s not hard to see why: the wood paneling of its lounges recalls the decadence of the 1920s.

For the ultimate in historical style, though, look no further than the Hotel Fortaleza do Guincho. This former fortress sits on a spur of rock overlooking the Atlantic and commands amazing views. Inside, this hotel is thoroughly modern, and a Michelin-starred restaurant occupies the ground floor. Though 7km away from Cascais itself, the hotel makes a good base from which to explore the town, and the private beach means that you are guaranteed seclusion.

In short, Cascais offers a combination of modern luxury and period charm that is hard to beat. The warmth of the Portuguese Winter also means that it is a great year-round destination. Many who visit never leave the town itself, being content to wander through its charming streets.

The stunning town of Sintra, for instance, lies in the hills a short drive from Cascais

If you do want to venture further afield, however, there are some great attractions very close. The stunning town of Sintra, for instance, lies in the hills a short drive from Cascais. A UNESCO World Heritage Site, Sintra has its own share of palatial hotels and gourmet restaurants, all set in a lush landscape that brings welcome relief from the heat of the Portuguese Summer.

And then, of course, there is Lisbon. The Portuguese capital and perhaps the most picturesque city in Europe is just an hour away from Cascais. If you manage to grow bored of lazy afternoons on the beach, Lisbon offers world-class shopping and dining. It was, after all, the proximity to Lisbon that made Cascais such an attractive royal residence, and which allowed it to become the favored holiday destination for the European nobility.

If you’re looking for a combination of historical charm with the very latest in luxury, look no further than Cascais. 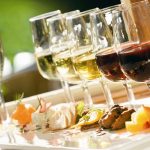 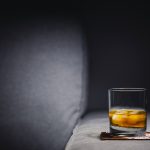