On March 28, 1553, Gilles Picot, Sire of Gouberville, conducted an experiment bringing together thousands of years of evolution, the advances made by ancient civilizations, and the output of his orchards in Le Mesnil-au-Val. Gouberville poured some of his beloved apple cider into a still and earned the gratitude of generations of brandy lovers to come. The eau de vie that emerged was the first recorded incarnation of what we know as calvados.

The road to Calvados begins with apples, which have been tempting man since the beginning of time, and alcohol, which has been doing so for nearly as long. Greeks, Romans, and Byzantines perfected the process of fermenting apples into cider long before Jesus was born, about the same time as Egyptian alchemists began distilling the essences of flowers herbs to make perfumes and cosmetics.

Trade and conquest would bring cider and distillation together at Gouberville’s villa 1,600 years later.

Basque sailors bought their apple wine with their Norman counterparts as early as the 700s. Meanwhile, invading Burgundians brought domestic apple-growing to Normandy. Normans began making their own cider during the 13th century when advances in apple pressing made manufacturing more efficient.

Distillation came relatively late to Normandy. The process already had been used on corn for Whisky, juniper berries for Gin, wine for Cognac and Armagnac, and even potatoes for Vodka by the time Gouberville’s friend suggested trying it on Apple Cider. From there, however, events moved quickly.

During the late 1500s, inhabitants adopted the name “Calvados” for their homeland – though not yet for the eau de vie that Gouberville had “invented.” The name probably comes from the El Salvador, a ship of Philip II’s famed Spanish Armada, which ran aground and was plundered by local citizens in 1588. They commemorated their windfall by naming the site after the wreck, and over the years it evolved from Salvador to Calvador to Calvados.

It took only a few decades for an Apple Cider distillation guild to be created in 1606. Demand rose as the Little Ice Age began killing off France’s grapevines and limiting supplies of grain for malt beverages. Production techniques and acreage devoted to orchards increased dramatically.

The Apple Brandy’s success did not go unnoticed by the crown, and Louis XIV imposed harsh taxes on the spirit while limiting its production and sale in an effort to protect the Cognac and Armagnac industries. The restrictions lasted until the French Revolution when Calvados officially became a department of old Normandy. The apple liquor distilled there came to be known as Calvados as well, but only officially adopted the name in 1942.

The Renaissance Calvados enjoyed at the expense of grape brandies thanks to the Little Ice Age repeated itself with the phylloxera vastatrix outbreak during the last quarter of the 19th century. The area’s orchards thrived as grapevines succumbed to the virus, and land devoted to apple trees quadrupled to 14 million hectares before the turn of the century.

At the dawn of the 20th century, Calvados production had become a true industry. Owners and merchants established production efficiencies, quality control measures such as filtration and controlled blending, and distribution networks throughout France and northern Europe. Cider processing grew from local facilities to include distilleries in virtually every canton.  Businessmen created wholesale operations, buying Calvados from farmers and selling it for a profit at the ports of Caen and Cherbourg.

The good times ended as conflict erupted on the Continent. During World War I, apples and cider were diverted to the war effort, leaving little supply for Calvados, and in World War II, German occupiers seized local alcohol – except for Armagnac and Cognac – for similar purposes until 1942 when Calvados received an appellation d’origine. 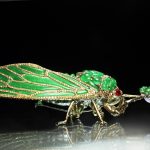 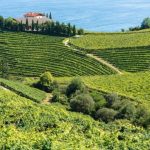