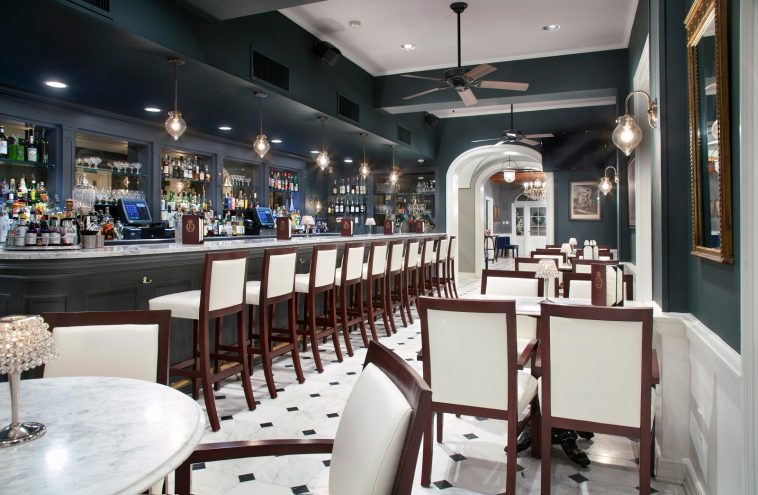 The Empire Bar is part of Broussard’s. When the restaurant, founded in 1920, underwent a million-dollar renovation, the owners built a proper bar in the middle. The elegant space opens onto a patio shaded by a century-old wisteria vine.

Because of the restaurant’s unique imperial décor, fantastic food and incomparable ambiance, Broussard’s has served as a vibrant cultural assembly place, where many famous guests have gathered and an array of exciting events have taken place. Hollywood celebrities, politicians, dignitaries, Mardi Gras Royalty and literary figures such as Tennessee Williams and William Faulkner have all played a role in the history of Broussard’s.

Broussard’s commitment to uphold the highest standards in the art of fine dining has led to international recognition, including multiple DiRōNA awards, which define Broussard’s as one of the most respected restaurants in the dining community. Broussard’s has also been awarded the equally prestigious Ivy Award and was inducted into the Nation’s Restaurant News’ Fine Dining Hall of Fame and countless others. 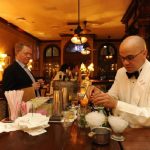 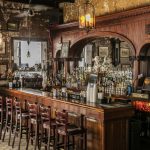