The sphere of food and drink is one which is – and has always been – dictated somewhat by the whims of fashion, and by the prevailing winds of various trends. However, for the world’s global elites and for the rich and famous among us, there is only one trend that truly matters when sitting down at the dinner table; that of constantly reaching new heights of luxury, ostentation, and excellence.

Why spend thousands on a plate of food?

The ever-growing fascination with exclusive foods and uniquely luxurious dining experiences has well and truly taken off during the last decade. It seems that every month we see a flurry of press releases hailing some new food item or drink which has broken previous records, either due to its price, list of ingredients, or the novel way it is served. 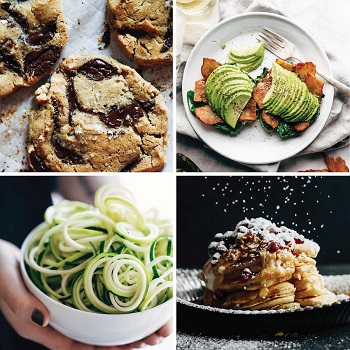 This seems to have been thanks in part to the booming luxury sector, but it’s also been inspired by the same social-media frenzy that surrounds other food trends; the hipster revolution, with its snap-happy foodies and their Instagram accounts, and the modern chef’s quest to create dishes that “go viral” online. Indeed, it isn’t now uncommon for particular internet communities to buzz with excitement over certain restaurants’ latest releases and revelations, in the same sense which was once the reserve of the fashion, pop music, or jewelry industries.

All of this has presented exciting new challenges for chefs, restaurant owners, and caterers, who have always aspired to hit those heady highs of sensory excitement. However, nowadays they seem determined to outdo each other with the weight of their price tags, too. Indeed, the world record for the most expensive food item is apparently being updated on a monthly basis, and the possibilities of such meals are clearly as limitless as the imaginations of those behind their creation, and the budgets of those who choose to buy them.

Why spend thousands on a plate of food?

When considering (for example) a $500 hamburger, complete with hefty slices of white truffle and dusted with gold leaf, it all begs the question: What exactly is the point? However, to ask such a question is to somewhat miss the point—these dining experiences are exactly that: an experience, and an exclusive, unique, and ostentatious one at that. On the one hand, such dishes and drinks are just as commonly used for promotional purposes as they are for the enjoyment of a restaurant’s clientele (nothing pulls in the elite crowds like a record-breaking morsel, after all). On the other, the “point” of it all is no different than the “point” of driving an Aston Martin. At the end of the day, it’s just a car with four wheels and an engine… and yet, we all know the experience and prestige of sitting in those calf-leather seats is so much more than mere driving.

It all begs the question: What exactly is the point?

Anyway, with these questions and notions buzzing in our minds, we’ve decided to compile for you a list of our favorite record-breaking foods and drinks. These are the most expensive, most exclusive, and most jaw-droppingly luxurious items you’re ever likely to find in a restaurant. So, ready your napkin and grip your silverware, and raise a fine crystal glass to the light from the chandeliers prepare to toast these elite wonders of the dining hall.

Isn’t it interesting that so many of the record-breaking foodstuffs we come across are essentially mega-gentrified versions of takeaway classics? These dishes come with a wry nod and a wink, an ironic approach which knows that while these foods are based on pub-night favorites and student fare, they’ve been elevated to the highest echelons of class and sophistication.

The world’s most expensive pizza

The title of most expensive pizza on earth was—for some time—held by celebrity chef Gordon Ramsay, whose $2,000 beast of a pie was topped with a mountain of North Sea lobster. However, it didn’t take long for that record to be smashed… and with some considerable clout.

Today, the most valuable pizza on the planet can be found at Louis XIII, an exclusive restaurant in Salerno, Italy. Known as “The Renata Viola Creation,” this $12,000 pizza is made from a dough made from the finest Italian flour, rested for 72 hours prior to cooking, and generously slathered with three types of caviar, two types of lobster, buffalo mozzarella from a royal dairy, and pink Australian sea salt.

Tacos were once the reserve of peasants in Latin America, trying to come up with a filling snack to nibble at with their tequila and beer. However, they’ve been one of the street-food success stories of the past year, with artisan versions and pricey organic numbers popping up all over the globe.

However, the luxury taco served at Grand Velas Los Cabos resort in Mexico takes things to an absurd extreme. Loaded with Kobe beef, fresh langoustine, Almas beluga caviar (the most expensive caviar available anywhere), a salsa made from civet coffee and tequila (yes, really!), and black-truffle-stuffed Brie, it comes in a taco shell dusted with gold leaf and costs $25,000. Fun fact: That five-figure price label is for one single taco…

Desserts that truly take the biscuit

If you’re a billionaire with a sweet tooth, then this is the part where your taste buds will begin tingling with anticipation. Desserts have always given pastry chefs a chance to show off their skills, and the following are the kind of fanciful creations even Willy Wonka would have to tip his hat to. 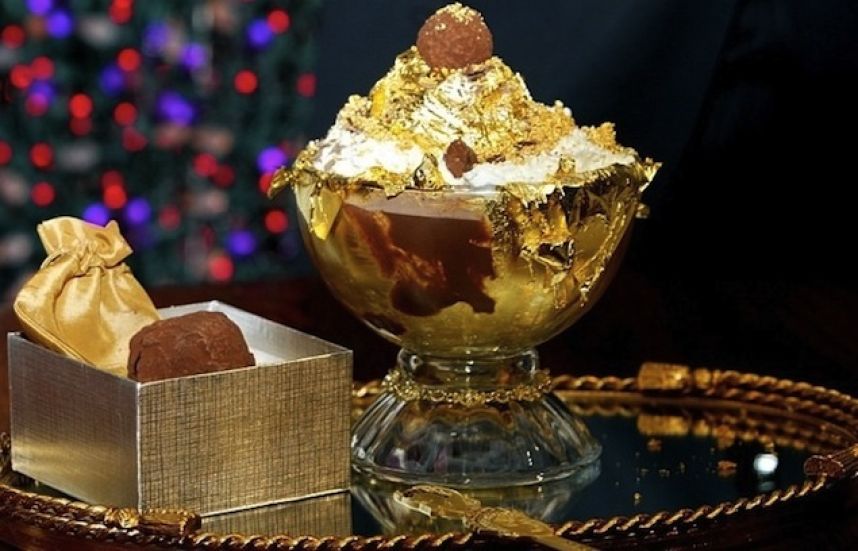 However, the “Frozen Haute Chocolate” dessert launched in 2007 hit new heights as the world’s most valuable ice-cream-based sweet course. It combines Tahitian vanilla ice cream, Amedei Porcelana chocolate syrup, and chunks of bitter Venezuelan dark chocolate… but that’s not the main reason for its $25,000 price tag. That’s down to the gold bracelet—encrusted with white diamonds—which comes wrapped around the pudding bowl and the 24-karat gold leaf that’s generously folded over the dessert itself.

If you aren’t sure what a cronut is, the name should give you some clue: It’s somewhere between a croissant and doughnut, and these delicious street food snacks have taken London by storm over the past few years.

Whenever a food hits peak trend, it seems it’s only a matter of time before some ingenious chef sees how luxurious he or she can make it, and in 2014, the $1,500 “Cro” was released by Dum Dum Donutterie in London’s West End. It features the same Tahitian vanilla and Amedei Porcelana combo we saw in Serendipity III’s dessert, and is then topped with (what else?) gold flakes and Champagne caviar, and eaten hot from the oven.

While it would be tempting to list several Grand-Cru Bordeaux releases for the drinks section of this magnificent menu of delights, that probably wouldn’t contain many surprises; after all, we know that certain aged and cellared red wines are among the most expensive drinks in the world. Let’s look instead to the spirits scene, and see just how far the mixologists of the elite bars across the globe are willing to take their craft.

Cocktails with a little extra

Most cocktails will come with a fruit garnish of some sort: a twist of orange peel for an old-fashioned, a strip of cucumber for a botanical Gin and tonic. However, there is a trend among certain exclusive bars for a different sort of garnish altogether: a gemstone at the base of your cocktail glass. In 2014, The White Barn Inn of Maine was serving the Ruby Rose—now something of a cult legend—which was a cocktail comprised of Hanger One Vodka, mixed with a delicious sounding combination of elderflower cordial, rosewater, and freshly squeezed grapefruit and pomegranate juice.

Served with a four-karat ruby at the bottom of the glass, this cocktail would set you back a cool $40,000

If you’re a fan of a straightforward vodka Martini (and see yourself a something of a James Bond highflier), then the Ritz-Carlton Tokyo should be your next destination. There, you can order a Martini made from the finest Grey Goose Vodka, which comes with a single diamond garnish, and is served to the sound of a live band playing the Shirley Bassey hit “Diamonds Are Forever.”

Vodka for the elites

Vodka has long been associated with ideas of Russian imperial glamour. After all, nobody does opulence quite like the oligarchs of Moscow and St. Petersburg. If you want to see how far this traditional spirit can be taken in terms of luxury, however, there’s really only one option which shines above all others: the appropriately named “Billionaire Vodka.”

This special spirit costs an astounding $3.7 million per bottle, and is made with a distillation process which sees the Vodka filtered through real diamonds. The bottle has been designed by Leon Verres, and comes encrusted with 3,000 diamonds and Swarovski crystals, making it a dazzling item for the very richest collectors worldwide.

So, there you have it: some of the most elite and extravagant food and drink products the world has ever seen. Of course, with the luxury-dining scene being what it is, it’s surely not long before each of these find themselves overtaken by even greater heights of magnificence. The future of food and drink is sure to bedazzle like never before. Bon appétit! 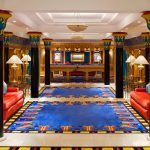