Sports Utility Vehicles (SUVs) are big business. In 2015, sales increased by nearly a quarter on the previous year, and early indications suggest that 2016 was another big year for these big cars. The stereotypical SUV driver is the upper-middle-class mother, using the car to ferry her children to and from school and soccer practice. But these cars are becoming popular with other demographic groups, forcing both budget and luxury manufacturers to take note.

One recent newcomer to the world of SUVs is the British-owned Bentley Motors. Currently a subsidiary of Volkswagen (VW), Bentley is best known for producing high-end luxury saloons (sedans in North America) that are hand-built from start to finish and offer a wealth of luxury extras. But with the Bentayga they have built an SUV that is sure to introduce Bentley to a new generation of drivers who’ve heretofore put practicality and safety ahead of luxury.

The first Bentayga production model left the assembly line toward the end of 2015, before spending 2016 in the limelight. The UK automotive-magazine Autocar gave the Bentayga their prestigious “Game Changer” award, while Robb Report voted it the “Best of the Best” in the United States and “SUV of the year” in the United Kingdom. It also won several awards in China, Singapore, and the Middle East, including “Best Sports Utility Vehicle” and “Best Luxury SUV.”

Here is a snippet of what some reviewers had to say about this car:

Autocar: “One of the most complete and compelling luxury products in the world … Versatile, genteel, luxurious SUV with a silken sporting edge.”

Auto Express: “Bentley claims that a lot of high-end Range Rover customers have already been attracted by petrol editions of the Bentayga; we can see plenty more being swayed by this version. It may be Bentley’s first diesel, but it’s a great one.”

Top Gear: “It’s a Bentley SUV. So it does exactly what you expect, and levers open a new niche for the brand. The tech is there; the dynamics are better than expected—especially on rubbish UK backroads—the feeling of poshness is spot on. It’s a really well-sorted vehicle.”

Telegraph: “Hugely impressive in so many ways, the Bentayga is sure to be a sales success.”

LA Times: “… a strikingly agile car. On the twists and turns along Big Tujunga Canyon, it felt more like a track car than a luxury SUV.”

[dropcap]B[/dropcap]entley wanted to create an SUV that was faster, safer, and more luxurious than anything else on the market, and if the experts are to be believed, they managed to do just that. However, as with all of their cars, there are a limited number of Bentaygas available. Their 4,000 staff in their Crewe manufacturing plant created fewer than 6,000 of these cars in 2016. It seems that for every car that leaves the plant, there are another dozen customers signing onto the waiting list.

But let’s be honest; it wouldn’t be Bentley if the manufacturing process weren’t so meticulous, and if it weren’t Bentley, the demand probably wouldn’t be so high. So, what is it about the Bentayga that has caused such a commotion in the automotive industry? What does this SUV have that its competitors don’t have?

There is a gas and a diesel version of the Bentayga, and you can purchase it as a four, five, or seven doors. It takes Bentley around 130 hours to build this beast, and like all real SUVs, it’s as capable on the road as it is off of it.

The core gas model can go from 0–60 mph in just 4.0 seconds and has a maximum speed of 187 mph, living up to Bentley’s promise that this is the fastest SUV on the road.

The Bentley Bentayga also comes with the following features:

You can also expect the very best luxury inside the car, with a combination of the highest quality wood, metal, and leather, all handcrafted to the finest detail to create the ultimate experience in automotive luxury.

And because this is Bentley, there are also many bespoke specifications. If you want it and you have the money, then it’s yours. This includes everything from the color of the paint (there are 17 standard colors and 90 extended colors, as well as bespoke colors) to the sound system, the in-car entertainment, and more. 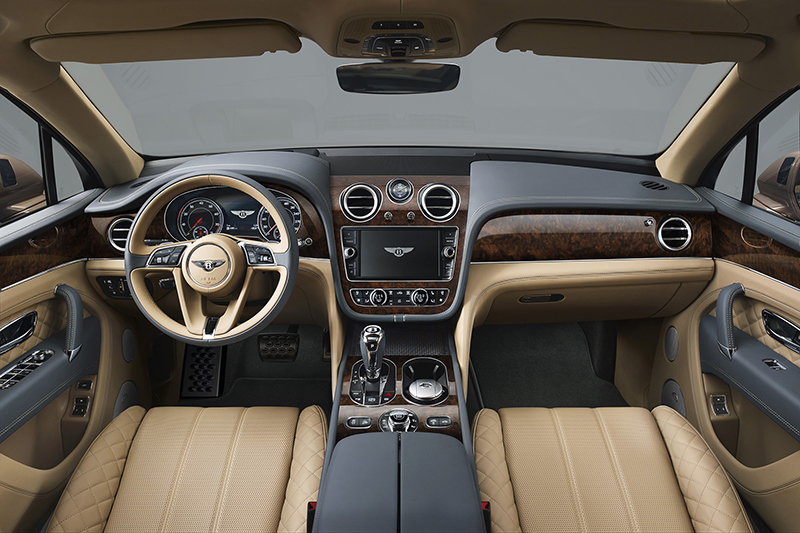 … And the Most Important Number

$50,000 can go a long way when it comes to SUVs. It can buy you a basic Mercedes M-Class, Audi Q Series, or Lexus RX, all of which are luxury SUVs. If you have a little more to spend, you can get these cars pimped-out with all of the latest features. If you have your eye on the Bentley Bentayga, on the other hand, then it’s a different story. This luxury SUV has a retail price of around £160,000, which means you won’t get much change from $200,000. The experts who don’t give the Bentayga top marks cite the price; it’s something they can’t get over and something they don’t think the average customer will get over either. But the Bentayga is clearly not for the average customer.

Regarding optional extras, you get a lot for your money. You get the Bentley guarantee, and if some experts are to be believed, then you’ll also get the “Best SUV” on the market. But for that price tag, you’d expect nothing less. 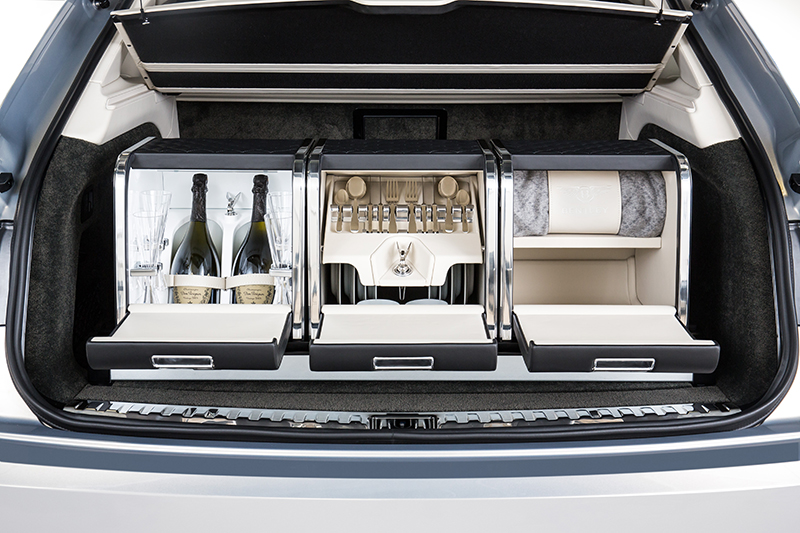 If you have the money and you want an SUV that does a little more, then it probably is the best option. But bear in mind that for the same price you could get a top of the range sports car … or a house. 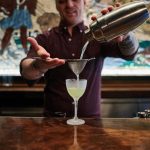 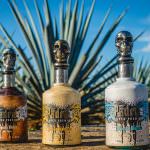