One of two bars that are part of Arnaud’s — the historic French-Creole restaurant that’s long been a fixture in the French Quarter — the French 75 is known for tapping into its rich history to create an innovative contemporary drinking experience.

Head bartender Chris Hannah, who took over not long after Hurricane Katrina struck, revels in both bringing new life to forgotten cocktails and creating custom mixes for this storied establishment. It was awarded the 2017 James Beard Award for Outstanding Bar Program, after having been a finalist in both 2015 and 2016.

And Esquire, when naming the French 75 as one of the “15 Bars Every Man Should Drink In Before He Dies,” touched directly on another reason why this is such an extraordinary place to drink: “Because it’s beautiful. Some bars are beautiful.” It’s a dark, luxurious space with vintage lighting, comfortable chairs and small sofas, and a crisp, patterned tile floor.

There’s a long, rich history that’s ever-present at the French 75. The actual bar is vintage, dating to the late 19th century before the bar itself opened, and was originally in another restaurant on the Gulf Coast. The dark wood paneling has been soaking up the ambiance of New Orleans culture since 1918.

And so, in 2018 Arnaud’s will be celebrating its centennial, which will coincide nicely with New Orleans’ tricentennial. It was founded by Arnaud Cazenave as a place to find quality Creole cuisine, with the French 75 being a “gentlemen only area.”

The bar somehow made it through Prohibition. According to Arnaud’s web page, it may have had something to do with the fact that “… liquor continued to be freely poured at Arnaud’s, but rather carefully under the cover of locked private rooms, disappearing back bars, and in china coffee cups.”

Archie and Jane Casbarian purchased the restaurant in 1978 and focused on returning the menu to Cazenave’s original vision. Jane and her children, Katy and Archie, now operate Arnaud’s and it’s considered one of the nation’s oldest family operated restaurants.

Which Cocktails is the Bar Famous For?

The most famous cocktail at the French 75 is, well, the French 75. At Arnaud’s, it’s a distinct mixture of Courvoisier VS cognac, champagne, lemon juice, simple syrup, and a lemon twist, chilled and served in a frosted champagne tulip glass. The cocktail came before the bar, having been a drink most likely developed in Paris — perhaps named after the 75-millimeter field gun the French Army used in the World War I — and became popular in the United States in the following decades. So popular that it’s one of only two cocktails ordered by name in the classic film Casablanca (feel free to re-watch the movie and try to catch it).

But Hannah doesn’t rest on the bar’s namesake. His Bywater — created in 2007 and named in honor of the artsy New Orleans neighborhood — is a rum-based drink with Green Chartreuse, Averna Amaro, and velvet falernum accompaniment. And a holiday special is the Tom & Jerrys, a warmed variation of eggnog, with a complex egg-white meringue base to which is added — when the drink is ordered — hot water, whiskey or cognac, and nutmeg.

“I wanted to make sure an old bar could do the same things the new Brooklyn-style bars can do,” Hannah once told the local paper, the Times-Picayune. “This bar is no longer just a lounge for the restaurant. It’s a destination.”

This is a watering hole popular with everyone, locals and tourists alike. It’s a famous bar in one of the city’s most famous restaurants, deep in the heart of the French Quarter.

Arnaud's RestaurantNew OrleansTales of the Cocktail 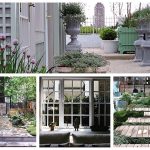 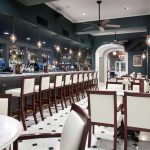