This distinction is a mark of recognition of the French State that testifies to their savoir-faire, the excellence of keeping up traditions, skills, and know-how by the company.

This excellence is reflected in all the stages of the Armagnac production, from the work in the vineyards, the distillation to the aging of Armagnacs.

Around 1830, the only way to transport goods was via navigable channels, thus Armagnac trading houses started to settle near the Baïse, a river from the rich Garonne. In 1832, the Castarède company was included in the trade register as the first house trading in Armagnac. In 1932, Raymond Castarède took over the family company. His wife, then his son, Jean Castarède, continued to celebrate the French brandy. Today, Jean Castarède’s daughter, Florence Castarède runs the company. She travels the world to share the extraordinary family heritage full of history and joie de vivre – the joy of living.

Armagnac is France’s oldest wine based eau-de-vie, produced in the southwest of France, with over 700 years of History. Unlike Cognac, Armagnac is not the name of a town. Armagnac refers to the sovereign family, who for 5 centuries ruled over the eponymous earldom.

Located in the heart of Gascony, the Armagnac vineyard covers 3 departments southeast of Bordeaux: the Gers, Landes, and Lot-et-Garonne . Each region of production gives different Eaux-de-vie characterized by a different terroir. The Bas Armagnac in the West, La Ténarèze in the Center and Le Haut-Armagnac in the East.

As Cognac, Armagnac is a distillation of white wine. There are 4 types of grape varieties. L’Ugni blanc (also know as Saint-Emilion, dominant since the phylloxera crisis), the Colombard, the Folle Blanche, also known as Piquepoult in Armagnac, dominant up to the XIXth century and the Baco, a hybrid, of the Folle Blanche and the Noah. 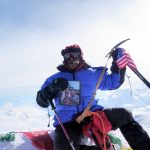 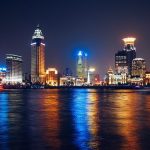