Not only has it been making people healthier, happier, and sweeter smelling for thousands of years since its earliest history alcohol even has brought them closer to their gods. Since alcohol production requires only sugar and yeast for the fermentation process, it is easy to imagine early man stumbling upon naturally occurring alcohol while foraging for food.  From there, a series of fortunate accidents and technological advances helped bring fermented and distilled beverages into cultural and economic prominence all over the world.

We cannot be certain of when early humans claimed fermentation for their own use; scholars estimate it was somewhere around 12,000 years ago. Most agree, however, that climate conditions around Mesopotamia at the time were conducive to beer production. Relics such as beer jugs from the early Iron Age bear this out. Some had even suggested the ancient man was fermenting and drinking his grain before he was baking it into bread!

Wine-like drinks followed quickly on beer’s heels. The ancient Chinese incorporated grapes into their fermented rice-and-honey concoctions as early as 7,000 b.c. It was the Egyptians, Greeks, Roman, and other Mediterranean civilizations that began cultivating grapes specifically for the production of fermented drinks, using it for medicine, antiseptics, sustenance, and religious ceremonies in addition to intoxication. Romans established the ancient precursor to the bistro and by the first century a.d. was exporting fine vintages from Bordeaux, Burgundy, and the other premium winemaking regions it occupied.

The fall of the Empire and the subsequent Moorish invasion of Europe slowed, but could not quash the spread and enjoyment of wine around the world. Forbidden by their religion from imbibing alcohol, the Moors nonetheless continued to produce it. They taxed – rather than abolishing – the wine industry in the areas they conquered. Meanwhile, unoccupied Christian states continued wine production for use in religious rites and merchants developed markets among recreational drinkers.

Alembic still
The invading Moors also brought with them the alembic still, a device that would revolutionize the spirit industry. Originally used in the futile effort to create gold and silver from base metals, Moorish alchemists had for centuries been distilling the essences of flowers and herbs for use in medicines, perfumes, and preservatives. Asians distilled sake and arrack long before the modern era, but the process was applied to wine in Europe only in the 13th century. Dutch maritime merchants trading in French wines were the first to use distillation commercially. They boiled off the water from the thin vintages produced in the Cognac region to concentrate it in order to multiply its alcohol content and avoid spoilage, intending to reconstitute it at its destination port. They discovered, however, that the boiling and condensing made the wine more robust and complex. 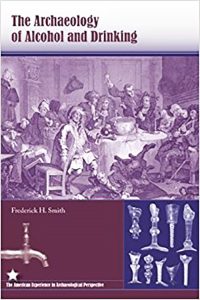 These first brandies became the rage throughout Europe and, eventually, the world. Meanwhile, growers in the Scotland and Ireland were refining the distillation process for use on grain, Europe’s settlers in the Caribbean soon began distilling molasses, and the Russians discovered its effect on potatoes. The resulting whiskey, rum, and vodka extended alcohol’s reach and popularity. According to Frederick Smith’s The Archeology of Alcohol and Drinking (2008), “alcohol production emerged in nearly every corner of the colonial world from the earliest days of European expansion.” 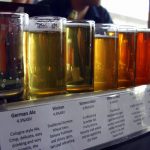