Absolut Vodka is not only one of the biggest-selling spirits in the world, but also one of the most recognizable. With a distinctive logo and marketing campaign, Absolut has a unique identity that sets itself apart from the competition. What most people don’t know is how much attention to detail goes into every bottle, especially with Absolut Elyx—a luxury brand with an artisanal foundation.

Security is tight at the mysterious Absolut Elyx Distillery

There’s nothing quite like walking through a thick cloud of Vodka in the air, but that’s exactly what I felt during a recent visit to the south of Sweden. I had just walked through the doors of the Absolut Elyx Distillery, a historic brick building that sits on a canal in the quiet yet scenic vacation town of Åhus. It’s a beautiful yet imposing and mysterious structure with few people allowed inside. My small group was required to hand over cameras and smartphones before the security team even considered opening the gates.

The operation is run by master distiller Krister Asplund who estimates about 700,000 to 800,000 bottles of Absolut Elyx are produced a year—although there’s a capacity for about 11 million.

“It is incredibly cool,” says Jonas Tahlin of the distillery. “It’s a completely computer-free zone where the production is done by hand in a gorgeous vintage copper still from 1921 that very few people in the world know how to operate.”

Tahlin is the CEO of Absolut Elyx, which operates with an independent spirit from the general Absolut brand. However, all products originate from the Åhus area.

“Every single bottle of Absolut is made by one single community in Southern Sweden,” says Tahlin. “Unlike almost all other Vodka brands, Absolut produces everything inside of a 50-mile radius and controls everything from seed to bottle. Most other Vodka brands buy a raw spirit on the open market and then only do the distillation.”

Tahlin has been with Absolut for more than a decade and became global chief marketing officer in 2011—around the same time Absolut Elyx was developed. “I fell in love with it to such an extent that I suggested, then created, a separate company to run Absolut Elyx as a separate business headquartered in New York and Los Angeles,” he remembers. “We are now the fastest growing high-end Vodka in America.”

The artisan nature of the spirit is clear while walking through the distillery. It’s a quiet structure of brick walls and cement floors with minimal furnishings, industrial elevators, and a tight spiral staircase between levels. It’s almost like traveling through the hull of a vintage ocean liner.

Nothing is automated. Krister Asplund’s well-trained team controls the operation by hand—literally. That means keeping a close eye on every step of the production, making adjustments on the spot, and, if necessary, tapping lightly with a hammer to gently turn knobs into place.

Winter wheat is sourced exclusively from the Råbelöf estate

While a nearby computerized distillery uses local wheat from more than 400 farms for most Absolut products, the team behind Elyx takes the process a step further. Winter wheat is sourced exclusively from one place: the Råbelöf estate, which has been harvesting the crop since the early 15th century. The property has the climate, soil, and topography to produce wheat with the ideal amount of starch and protein for Vodka.

When harvested at the end of summer, the wheat is taken to the Absolut Elyx Distillery and milled into pieces no larger than 1.5 millimeters each. Large tanks are then used to mash the flour with enzymes, yeast, and water drawn directly from wells within the distillery that sit above an underground lake.

Vodka has always been one of the things Sweden does best

Following a 48-hour fermentation process, thousands of copper packets are added to the mix in order to remove sulfur and other unwanted compounds. The packets are only used once and discarded. The product then makes its way through the vintage column still—every part of it made from copper.

“Absolut Elyx is in contact with copper throughout the entire distillation process,” says Tahlin. “That removes unwanted trace compounds from the Vodka to the point where it doesn’t need to be filtered through charcoal. It leaves an incredibly delicious and smooth Vodka that we call liquid silk.”

The distillery makes a point to retain the natural character of the water. It’s naturally filtered through limestone within the aquifer and reverse osmosis is used to gently remove any leftover minerals.

“A lot of people think that Vodka should be tasteless, odorless, and colorless, but great Vodka should actually have a pleasant flavor,” adds Tahlin, who notes that competitors often filter Vodka “until it’s dead” and “doesn’t taste like anything.”

After more water is added, the final bottling process leaves Vodka with a strong 42.3 percent alcohol by volume. The taste isn’t harsh like other Vodkas—with subtle notes of lemon, vanilla, and macadamia. It’s very much a tasting spirit and well-suited to simple cocktails prepared without sugar or intrusive ingredients.

As if to prove the point, an upstairs tasting room offers an expanded education in all things Absolut Elyx. The space is the only part of the facility featuring stylish contemporary decor—much of it made from copper of course. Simple additions like olives, lemon peel, and bitters are suggested to complement the spirit in the form of an uncomplicated Martini served cold—neat or over ice.

Although Vodka is commonly associated with Russia, it’s also well entrenched in the heritage of Sweden—with the delicate flavor of Absolut Elyx front and center as a prime example. “Sweden is part of what is known as the Vodka Belt, meaning it was one of the first countries to produce Vodka more than 300 years ago,” explains Tahlin. “There is a deep knowledge about how to produce Vodka in Sweden that has been passed down through generations.”

Yet to this day, every bottle of Absolut is born from an established foundation of Swedish ingenuity

At one point, Absolut was actually owned by the Swedish government, who led a movement to import Vodka to the United States in the late 1970s. At that time, the distillery that now produces Absolut Elyx was manufacturing every drop of Absolut. The company was privatized and sold to Pernod Ricard of France in 2008. Yet to this day, every bottle of Absolut is born from an established foundation of Swedish ingenuity.

“Swedish values include an obsession with quality, attention to detail, great taste, and design, as well as an unwavering commitment to the environment and sustainability,” says Tahlin with a heavy dose of national pride. “All of those values are embodied by Absolut and Absolut Elyx.” 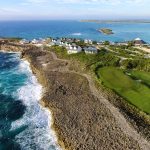 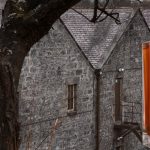