Prior to the onset of federal Prohibition in 1920, J. Rieger & Co. was the largest mail-order Whiskey house in the United States. Now the company is back in Kansas City offering Kansas City Whiskey, Midwestern Premium Vodka, Midwestern Dry Gin, Left For Dead, and Caffè Amaro, in addition to distilling Rye and Bourbon Whiskey as straight Whiskeys.

The distillery’s namesake, Jacob Rieger, immigrated to America from Goritz, Austria/Hungary, in 1877, eventually moving to Kansas City and opening a grocery store. Ten years later, he ventured into the liquor business and founded J. Rieger & Co. distillery in Kansas City’s West Bottoms. Around 1900, Jacob turned over operations of the distillery to his only son, Alexander Rieger.

It was a wise business move as Alexander had an astute business sense. Alexander began offering mail-order services and grew the customer base to more than 250,000. The distillery was a success for many years until Prohibition was established. In December 1919, the doors to J. Rieger & Co. closed.

It was 90 years before a Kansas City bartender, Ryan Maybee, became fascinated with the story of the distillery. Maybee met Andy Rieger, the last of Jacob’s descendants, and the two decided to resurrect the distillery. In October 2014, the two reopened J. Rieger—the first distillery in Kansas City since Prohibition.

The first product to launch was Kansas City Whiskey. Andy’s wife Lucy says, “What makes our Kansas City Whiskey special is the addition of Sherry. We knew that in restarting the distillery, we would have to start with sourced Whiskey while what we were distilling in-house aged. We wanted to take that sourced Whiskey and make it ours and make it unique. Adding Sherry to Whiskey was very common pre-Prohibition when J. Rieger & Co. was originally in business and was still on the books as something that could be added to American Whiskey—but we were shocked to find no one was doing it anymore.”

This was about reviving a family legacy by creating exceptional products, pricing them competitively, and growing the business in a manner that sets them up for long-term success.

The Sherry comes from the Williams and Humbert bodega in Jerez, Spain, and they have become not only business partners with the distillers but friends.

“The response has been overwhelmingly positive. Our Kansas City Whiskey contains straight Rye, light corn, and straight Bourbon Whiskeys in addition to the Sherry, which truly makes it unlike anything else out there. In 2015, Kansas City Whiskey named in the Top 4 for Best New Spirit or Cocktail Ingredient at Tales of the Cocktail,” Lucy says.

Kansas City Whiskey and Beyond

In 2015, J. Rieger & Co. added Midwestern Premium Vodka and Midwestern Dry Gin followed by Left For Dead and Caffè Amaro in 2016. Today, in addition to current offerings, they distill Rye and Bourbon Whiskey daily that will be released, when ready, as straight Whiskeys.

“Our vision for the future is the same as we’ve had since day one which is taking a slow and steady approach to building the brand. While starting a distillery is trendy right now, this wasn’t a get-rich-quick scheme to us. This was about reviving a family legacy by creating exceptional products, pricing them competitively, and growing the business in a manner that sets us up for long-term success. While we’ve already expanded distribution into 17 states, we intentionally throttled that growth so that we can build deep relationships with our distributor partners and focus on long-term brand building,” Lucy says.

The distillery currently operates in a 15,000-square-foot facility in the East Bottoms neighborhood of Kansas City.

Focus on the Product

There’s a small tasting area in the distillery, primarily used for tour groups. It’s more functional than formal and they even store their grain in the same space.

Lucy explains why the tasting area isn’t a prime focus, “In restarting the distillery, we wanted to be known first as a product, not a place. Our entire business model was built on being a distribution-based company, which doesn’t require a showpiece distillery, just a functional one. We make 100 percent of our revenue outside our own four walls and know we can always add that on-site experience (and revenue) piece later. We put all of our human and financial capital into producing our spirits and being able to price them to compete with ‘the big guys.’ Distilling is incredibly capital intensive, especially when you consider the Whiskey you make won’t be able to be sold for years. We are able to keep our COGS [cost of goods sold] low and distill every day because all of our resources are funneled into production. We hope to build out a customer experience one day but are very happy we took the approach we did.”

Prior to the onset of federal Prohibition in 1920, J. Rieger & Co. was the largest mail-order Whiskey house in the United States.

When asked what sets J. Rieger apart from the competition, Lucy says, “Undoubtedly the one thing that gives us a competitive edge in distilling is the team we’ve built. We sought out the brightest minds in the business to help us build our company. Our co-founders and head distiller had relevant background experience but were by no means experts in the industry when we started up so they wanted to learn from the best. Our operating partners include former Maker’s Mark Master Distiller and COO Dave Pickerell, former Tanqueray Master Distiller Tom Nichol, and a very well-known consultant in the spirits industry Steve Olson. All three of these individuals are in constant communication with our team, make regular visits to the distillery, and help us out in every way they can.”

Currently, J. Rieger offers tours one Saturday a month. The tours are led by their head distiller, Nathan Perry, and distillery co-founders, Andy and Ryan. “Even three years in and with as much growth as we’ve had, we take an incredible amount of pride in our history, our story, and being transparent in how we produce our products—so Nathan, Andy, and Ryan still insist on giving every tour.” 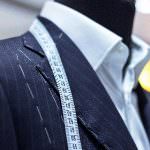 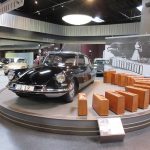