When it comes to sharks, Las Vegas is primarily known for the card-playing variety. But for eight days in July, Sin City takes a deep dive into something a little fishier.

Television’s longest-running annual cable program, Shark Week, kicks off on Sunday, July 22, on the Discovery Channel, marking its 30th anniversary with nonstop specials and plenty of celebrities celebrating the sea’s most misunderstood creatures. Bars and other businesses in Las Vegas will join in on the fun with some special treats of their own, while others are home to sharks all year-round.

From drowning yourself in blue and bloody beverages to sliding through a 200,000-gallon tank containing actual sharks, here are six jawsome ways to commemorate Shark Week 2018 in Las Vegas.

Dive into the “Shark Tank”

Blood. Bones. Blue Curaçao. The “Shark Tank” is a killer cocktail and a cautionary shark tale, all rolled into one.

Served during Shark Week at Sammy Hagar’s Cabo Wabo Cantina in the Miracle Mile Shops at Planet Hollywood Resort and Casino in Las Vegas, this daring drink is made with a vibrant mix of Absolut Lime Vodka, Blue Curaçao liqueur, sweet and sour, and ginger, all served in a souvenir glass. Skeletons float among the ice and ale in this shareable 50-ounce cocktail while deep inside the blue libation a gummy shark swims in wait for its next victim.

Of course no shark attack is complete without a little bloodshed. Hence the blood red cherry bomb, made with Grenadine and Vodka, shot straight from a plastic shark’s mouth. Will you take the bait?

As part of its $620 million renovations, Palms Casino Resort, located just off the Las Vegas Strip, recently unveiled its new lobby bar, The Unknown. At the center of the casino, bar is a highly controversial art exhibit that gives new meaning to the term “fish out of the water.” It features a 13-foot tiger shark separated into three segments and preserved in formaldehyde.

Entitled “The Physical Impossibility of Death in the Mind of Someone Living,” the piece was created in 1991 by British artist Damien Hirst. Palms Casino Resort owners Frank and Lorenzo Feritta are major art collectors so they incorporated art by Hirst and other contemporary artists throughout the redesigned property.

Whether you’re offended or fascinated by Hirst’s artwork, Shark Week seems like the perfect time to raise your glass to this glass-enclosed chum. 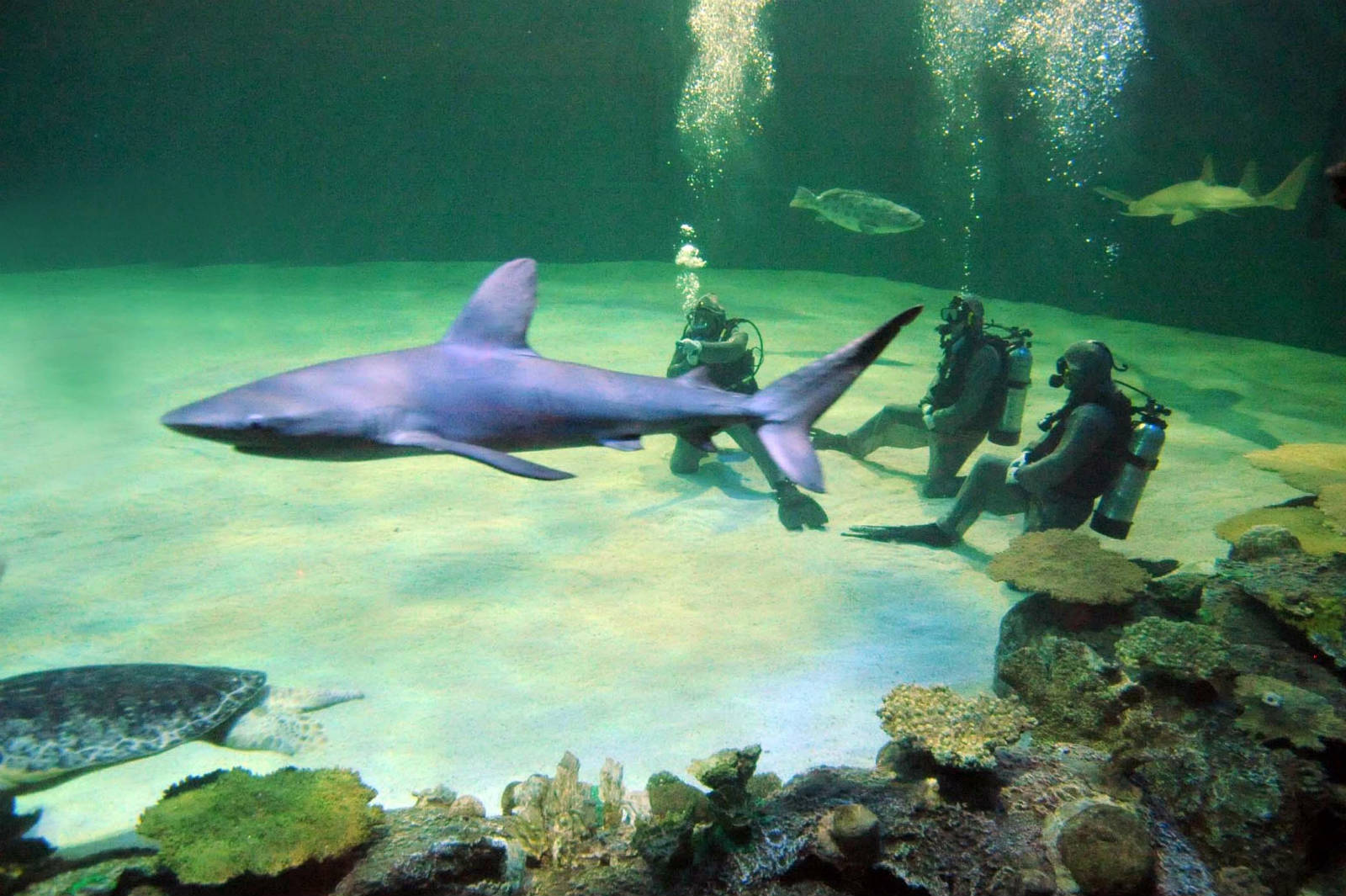 The true purpose of Shark Week is to promote conservation efforts and correct shark misconceptions. The same can be said for Shark Reef Aquarium at Mandalay Bay Resort and Casino on the Las Vegas Strip, the only Nevada facility accredited by the Association of Zoos & Aquariums.

Home to more than 2,000 animals, including 30 sharks, giant rays, endangered green sea turtles, piranha, and a Komodo dragon, the aquarium even provides guests with an opportunity to swim with the sand tiger, sandbar, and white tip reef sharks (if you’re dive certified) or feed the zebra sharks their lunch (don’t worry, it isn’t you). No matter what type of experience you choose, you’ll learn more about these fin-tastic sea creatures.

If your shark encounter makes you thirsty, pop into Border Grill a short walk away. Tame your predatory instincts at the spicy cantina from Food Network stars Mary Sue Milliken and Susan Feniger with a Blood Orange Margarita, Sparkling Blood Orange Lemonade, or Border Bloody Mary.

Swim with the Sharks

The Tank at the Golden Nugget in downtown Las Vegas is a jaw-dropping three-story, $30 million dollar pool complex with a 200,000-gallon shark tank aquarium that’s accredited by the Zoological Association of America.

Splash around near these sleek sea creatures or wave to all five shark species as you woosh down a one-of-a-kind waterslide that safely passes through the tank. It’s the next best thing to jumping the shark. Before your close encounter of the shark kind, you may want to hit up the poolside H20 bar for a little liquid courage.

Chomping at the bit for more things shark? Golden Nugget offers Shark Tank Tours for $50 per person at 1:30 p.m. on Wednesday and Sunday. Guided by a staff marine biologist, guests will discover the inner workings of the tank, witness feeding time for the sharks, and learn about the different species. Guests also take home a souvenir shark tooth after the tour.

“We’re excited to have the opportunity to educate our guests of the beauty behind sharks with our Shark Tank Tours,” said the Golden Nugget’s Life Sciences Manager Rob Brown. “We care for five different species of sharks and they’re all amazing in their own right. Children and adults alike are able to learn all there is to know about these fascinating creatures and even get to witness them during a live feeding—it’s quite a sight to see. We encourage locals and tourists to come check out a Shark Tour; trust me, you won’t be disappointed.”

Sink Your Teeth into Shark-Fin Cupcakes 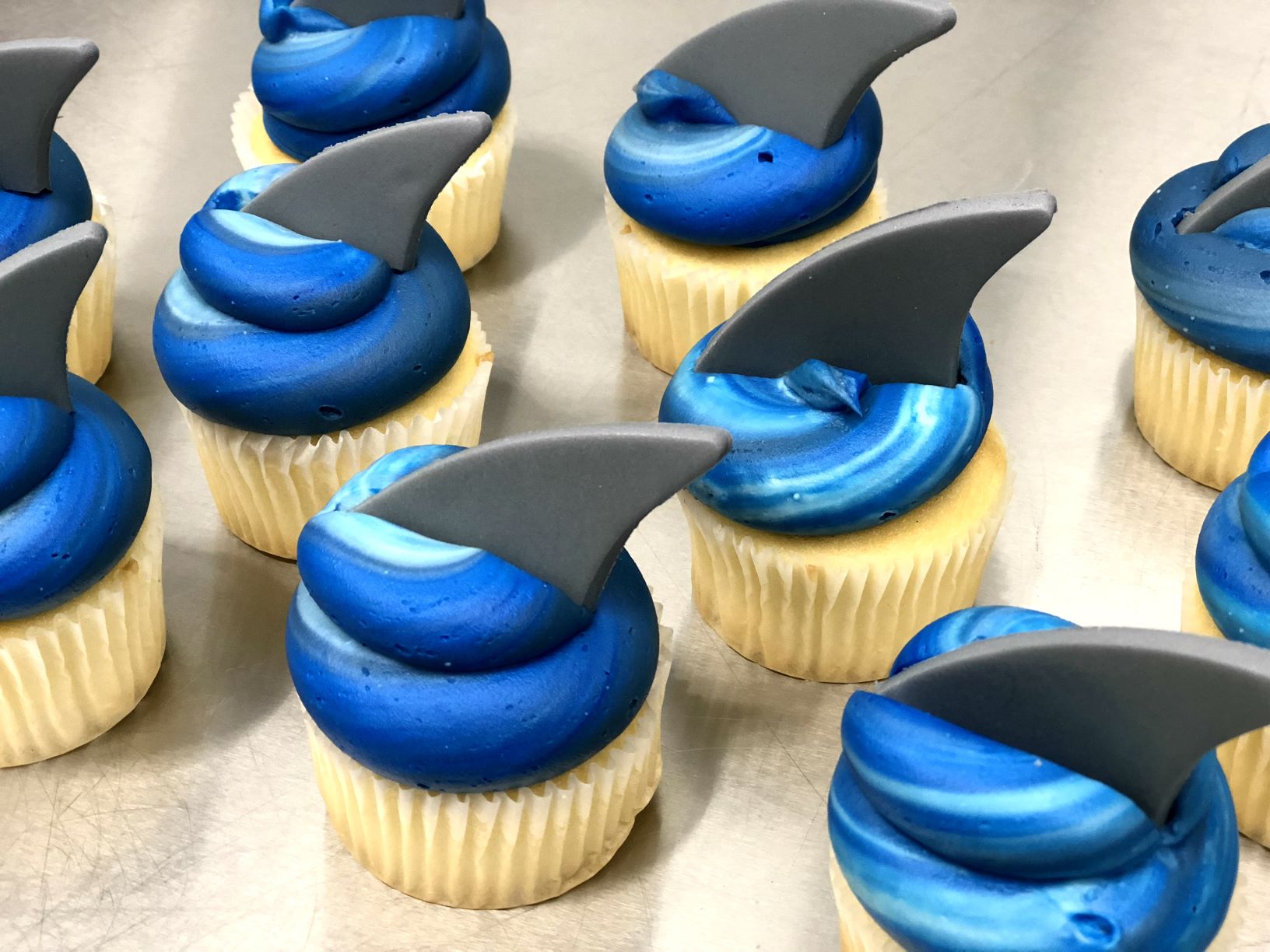 Freed’s Bakery, home to the hit Food Network show Vegas Cakes, is paying tribute to Shark Week’s 30th anniversary by filling their signature vanilla cupcakes with an oozy center of bright red strawberry puree. The creature cupcake is then topped with an ocean blue cream cheese frosting and garnished with a fondant gray shark fin.

Just as binge-worthy as Shark Week itself, these fin cupcakes are the perfect small bite for any viewing party. 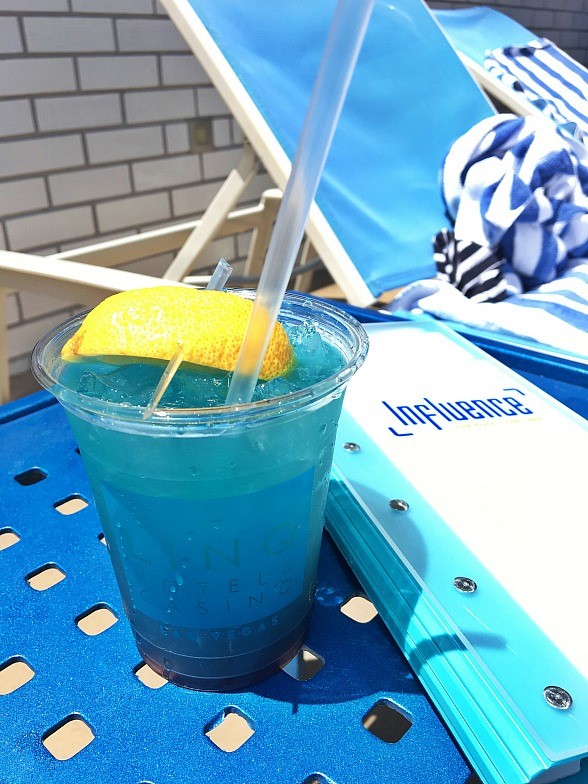 Influence, the adults-only pool at The LINQ, will transform into a shark-themed retreat where you can shirk your responsibilities during Shark Week with poolside programming, drink specials, shark swag, and more. 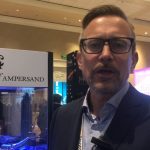 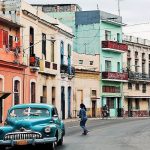