Not only is South Africa one of the more culturally diverse countries on earth, but it also boasts a beautiful landscape for all to enjoy. Whether you go to South Africa to see wildlife or the amazing scenery, or whether you just want to experience the culture, there can be no doubt that your trip will be unforgettable.

When you do go to South Africa, there will come the time when you will want to enjoy some of the fine alcoholic beverages the country has to offer. Here are six of the most iconic drinks from South Africa.

Named after its creator, this original Cape citrus liqueur is a firm favorite of many South Africans. It is made out of many different ingredients, namely potstill brandy, wine distillate, Cape tangerines, herbs, spices, seeds, and even barks. This fruity liqueur has a deep amber coloring and has a sweet, citrus taste. Though some shy from the citrus flavor, others adore it immensely. It might be a bit harder to come by than the rest, but it is well worth the search.

Mampoer is the fruitier cousin of Witblits and generally a bit gentler on the tongue. It is primarily made out of peach, apricot, and litchi, but can be found in many other flavors. It is said to be named after the great Pedi chief, Mampuru. Unlike it’s more potent cousin, Mampoer is typically enjoyed and produced in the more northern parts of the country, though it is possible to get it online. Although it is not as powerful as Witblits, it is certainly not a drink to be taken lightly; it still shares some traits with the “white lightning.”

This rich and creamy liqueur is a local favorite. It can be enjoyed with anything from Irish Coffee to Ice Cream. Some people even have it on the rocks. Its creamy texture and fruity flavor comes from the fruit of the Marula tree. Monkeys and Elephants alike flock to these trees and some even become intoxicated when eating too much of the overripe fruit. Amarula is definitely a top choice for anyone who has a slight sweet-tooth.

Springbokkies are mixed shots named after the long-legged buck of the veld as well as the national rugby team. It resembles the color of the animal on the grassy plains as well as the jersey worn by the rugby team. It is made by pouring a layer of Amarula over a vibrant peppermint liqueur or crème de menthe. Most pubs and clubs around the country serve it around the sporting season, but it can be found during other times of the year, as well. The minty sweet taste is what makes this one of the most enjoyed drinks out there.

Umqombothi is a beer brewed by the Xhosa people. This beer is made from corn starch and is very rich in vitamin B. Traditionally, friends and family enjoy it during a communal gathering. Despite its lower-than-average alcohol content, this beer is a favorite amongst the Xhosa people. Originally, it was brewed by women and enjoyed by men, but more recently the women have taken a liking to it, as well. If you happen to come across this beer on your travels, make sure to at least take two sips as declining an offer may be seen as rude.

This African drink has a name meaning “white lightning” (it is also known as firewater), and a single sip will tell you why. It is a grape-fermented amateur brandy that packs an immense punch. It is more commonly produced and enjoyed in the Western Cape province of South Africa. Some people say that it is the South African equivalent of America’s Moonshine. If someone offers you a sip of this, be sure to brace yourself; this drink is known to knock the feet out from under you.

South Africa has a wide variety of unique alcoholic drinks for everyone to enjoy, whether you prefer the powerful Witblits or the sweet and creamy Amarula. If you are planning a trip to this gem of a country any time soon, make sure to look for some of these drinks, as you will not be disappointed. 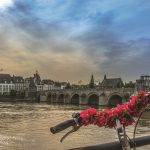