Given that the spirited beverage world is one of the oldest of human creations itself, the claim to the very “oldest” or the very “first” for anyone beverage is a difficult title to claim and an often contested win. What we do know, however, is that many of the oldest in the world have evolved into some of the largest and most recognizable labels around.

And while Europe may take the crown for the majority of the oldest-known breweries in the world, we’ve included a few of the other large, international players to help paint a more rounded picture of both our earliest—from 1040—and biggest players to this day.

Mexico’s oldest brewery is best known for its Vienna-style lager, produced since its founding in 1865 by Cerveceria Toluca. To this day it continues to be one of Mexico’s most popular beers, and as of the early 2000s, it had started to gain ground in the international market, exporting to the majority of the United States.

Now under Pabst ownership—with Pabst itself founded just two years later—Schaefer is the oldest of American lagers dating back to 1842. Hailing from Manhattan, New York, Schaefer Brewing was the creation of two brothers, Frederick and Maximilian, from Prussia, Germany, who brought the recipe with them through their move and eventual brewery purchase. The brewery would later see over five million barrels of this recipe produced, and its legacy carried on until present day.

As the oldest brewery in America, Yuengling is the product of David Yuengling, dating back to 1829. After surviving the Prohibition era by temporarily selling ice cream in lieu of its brewed beverages, it is now also known as one of the country’s largest breweries by volume. And, unlike many other breweries of its size and maturity, it continues to operate out of its original Yuengling brewery location in Pottsville, Pennsylvania.

While F. & M. Schaefer and Yuengling are two of America’s oldest with some of the most prominent legacies, the oldest brewery in North America as a whole is attributed not to an American, but to John Molson, who started brewing in Montreal, Quebec, Canada, in 1786. Later, we saw a tribute to his foundational brewing roots—and a label very well-recognized—when the first Molson Canadian was created in 1959.

The most notable Irish red ale is the namesake of founder John Smithwick, who established the brewery in Kilkenny in 1710, making it Ireland’s oldest. Through some considerable financial hardships over the ages and surviving some of the most difficult periods of war—in which the brewery took on the sales of other goods, such as butter and mineral water, to stay afloat—the brewery had largely stayed under Smithwick family ownership. Now, it’s a giant player in the world beer market and is Canada’s most imported ale.

Known best for its pale lager in their iconic green flip-top bottles is Grolsch, first operated by Willem Neerfeldt in Grolle in 1615. (“Grolsch” means “of Grolle”.) And while 95 percent of its total sales may come from just the Premium Lager, Grolsch has created around a dozen in total, from a Cranberry Rosé to an 11.5% ABV Het Kanon.

Opened in 1642, the Three Tuns Brewery in Bishop’s Castle, Shropshire, England, attracts masses of visitors, known as “Three Tuns Pilgrims,” each year as the oldest licensed brewery in Britain. It is moreover Grade Two–listed, and one of four brewers in the United Kingdom to use a tower brewing method (which is the use of external, vertical towers to brew). And, like Bolton, it prioritizes its older roots more than its global expansion: Three Tuns may have seven miles of pipe to support its production, but it will never brew outside of its Victorian and 17th-century buildings.

Founded in 1492, Stiegl is located on an Austrian estate with a beautiful tasting cellar, offering a variety of special-batch brews. As Austria’s most popular beer with over one million liters produced, Stiegl’s real claim to fame is Mozart’s affinity for the dark brew, documented in August in 1780.

Founded by Heinrich der Bauer from Lordship of Myllendonk, one can pretty quickly identify that this must be one of the oldest on the list and, of course, in the world. While it doesn’t match our king of the list’s 1040 birthday, it is the oldest altbier (or top-fermented beer) brewery in the world, dating back to 1266. And, unlike many others on this list, it had never focused on massive-scale growth or distribution; rather, through the ages—many of which stayed in the familial line of Heinrich—it concentrated on producing the freshest local beer possible and continues to this day.

What started as a Benedictine monastery is now regarded as the oldest existing brewery in the world, dating back to 1040. This one can and will still be found at restaurants, pubs, and bars across the globe, as it has cemented its place as a staple German wheat beer, truly for the ages. As the brewing technology has modernized with the years gone by (as, of course, was only necessary), the foundational brewing process has remained the same over these 1,000 odd years.

To honor the legacy of the Germany breweries is the second oldest on the list, Weltenburg Abbey Brewery, which was borne of monastic roots in 1050—and is just missing the ultimate title of oldest brewery by a short ten years. Weltenburg Abbey is located in the incredibly picturesque Danube Gorge and is most famous for its dark brews, known as Kloster Barock Dunkel. While it might not be one of the most prevalent in the world, it nonetheless holds the title for best Dunkel in the world (2012). 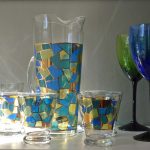